Joining CrestClean opened the door to home ownership for couple 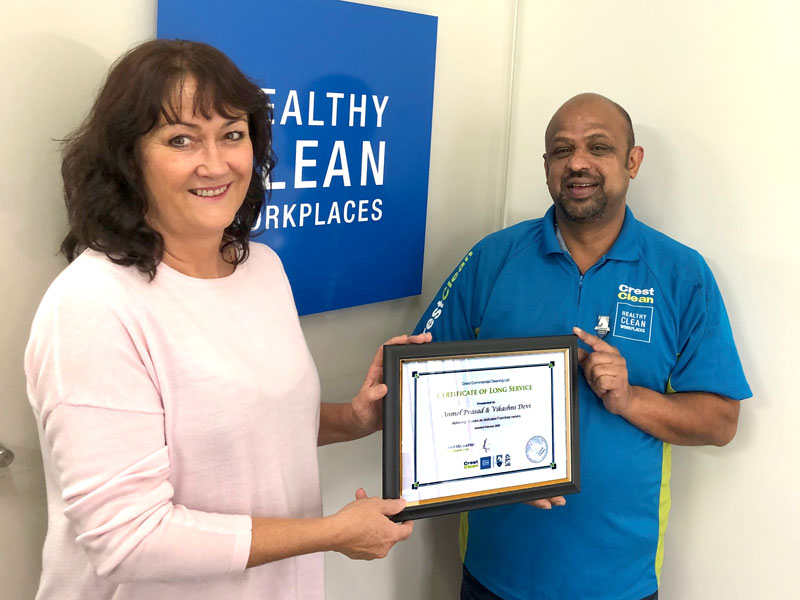 After arriving in New Zealand from Fiji he had a clear vision of the career he wanted to pursue.

Having worked for Fiji’s Ministry of Agriculture, it seemed a logical step for Anmol Prasad to explore a role here working in biosecurity.

But the couple, who had young children, found their budget for day-to-day living expenses was getting severely stretched.

“We had kids and we were both studying and we had to put food on the table and we were thinking of how to go about this,” says Anmol, remembering how it was for them in 2009.

“One of my wife’s friends suggested a part time cleaning business and that’s how we started with CrestClean. We googled and CrestClean came up on the search and we went from there.”

Purchasing a small cleaning franchise turned out to be a life changing move, says Anmol. But while the income from their business initially took the pressure off, life got busier than ever.

“We were doing studies, we had assignments to complete and then we had this cleaning business to go to in the evenings. And then we also had kids to look after. We had to plan our time very carefully. It was a tough beginning for us.”

After completing their studies it was Vikashni who found employment, securing a teaching position. But for Anmol his job-hunting drew a blank.

“My wife was able to get a job after she graduated and I was applying for jobs but at that time there was a recession and it was quite difficult to find a job,” he says.

As his cleaning business was doing well, Anmol took a leap of faith and went fulltime with CrestClean, doubling the size of his franchise. “While I was waiting for a job my regional manager suggested that I could extend my business,” he says.

The decision paved the way for big changes for the couple. Due to extra income from their business, they managed to save enough for a deposit to buy their first home.

“I had a stable income and the banks approved a loan’ he says. “They knew that CrestClean was a secure company.

“Everyone has a dream of owning their own house so when we collected enough for a deposit I was really grateful I could get a home for myself and family in New Zealand.”

He says he never lost sight of how they had achieved becoming homeowners. “When I opened the front door and I saw my CrestClean van I remembered ‘hey, it’s because of this company I am able to buy my house’.”

The couple have also been able to purchase an investment property and enjoy overseas holidays every two years. Vikashni helps Anmol out when he gets busy and the couple’s son Avishek lends a hand with the cleaning at weekends.

Anmol enjoys sharing the extensive knowledge he’s gained in the cleaning industry to help industry newcomers. He is now one of the company’s Regional Trainers, delivering courses on behalf of Master Cleaners Training Institute.

“It’s quite an achievement to be recognised as a trainer,” he says proudly. “You are teaching people while learning at the same time too.

“I’ve learned how to motivate people and I’m also learning new skills.” He enjoys inspiring others by retelling his experiences. “From day one I tell them my story with CrestClean, and that motivates them. I tell people ‘just have patience and success will follow you’.”

Linda Hill, CrestClean’s Auckland East Regional Manager says it was an honour to present Anmol with his long service award for being with the company for 10 years.

“Anmol is a treasured member of my team. Not only can I count on him in an emergency, but he trains new teams to a high level of competency and has extremely good customer service skills.

“I look forward to him being with CrestClean for a long time to come.” 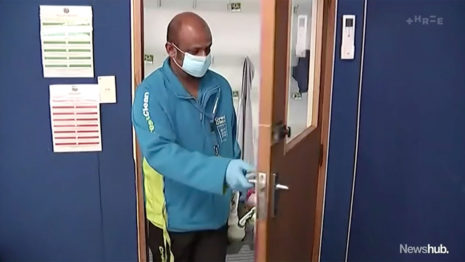 In April this year Anmol and Vikashni were featured on TV3 News at Howick Primary School in a report showing preparations for the reopening of schools following the COVID-19 lockdown.