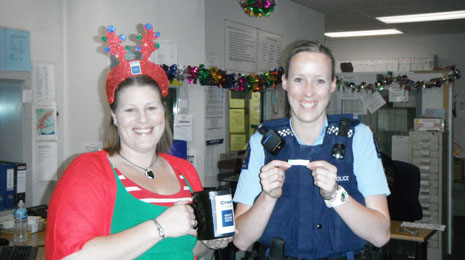 In December of last year, CrestClean conducted a comprehensive internal survey distributed to all franchisees throughout the country.

We would like to thank all those who completed the survey, and we will be working over the next few months to take action on what we have learnt from it.

Everyone who completed it was entered into a draw with the chance to win $500.00. The prize was drawn at the Dunedin Central Police Station, and Crest would like to congratulate Ganesh Traders Ltd from North Harbour who were the lucky winners.