From China to Christchurch- and Sunny’s lovin’ it 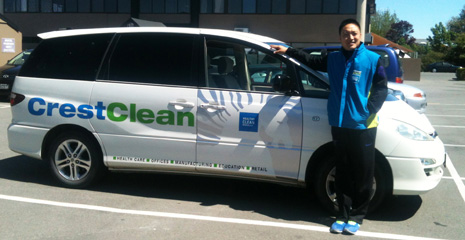 Sunny is originally from the city of Harbin, in Northern China and when he was 17 he was sent to New Zealand to seek further opportunities and to gain valuable experience.

From the moment the idea was suggested, Sunny says he was very keen. “My answer was a very confident, “yes,” and even now, my father often jokes that he raised a boy for New Zealand.”

Sunny has a three year old son and says, “I would like him to grow up and study in New Zealand as there is less pressure and it’s much more peaceful.”

“I have never regretted my decision to move here. I am deeply in love with this country. It’s hard to say which country I love more- China will always be my hometown but New Zealand is where I want to spend the rest of my life.”

Sunny has been living in Christchurch for 14 years and when asked what he loves most about the city compared with where he used to live in China, he says one of the main differences is the people. “The people are so friendly and supportive,” he says, “Also, the weather is much warmer.”

Before joining CrestClean five years ago, Sunny worked as an Office Manger at a Travel Agency but he says an office job was never for him, “I can’t sit in an office all day- I knew I needed my own business.”

He says he loves working with CrestClean as the money is great and provides stable contracts and income. “Also, the great training programmes and constant support make it a great company to work with.”

Sunny is excited to continue to upskill and expand his business with CrestClean and eventually he says he would like to travel with his family.