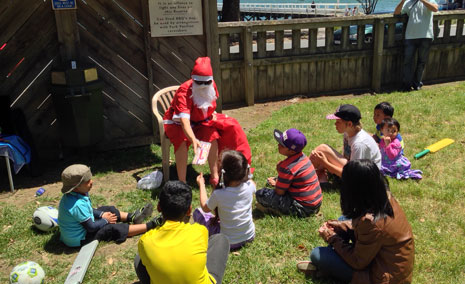 Hutt Valley knows how to get into the Christmas Spirit, holding their annual end of year BBQ- complete with music, beers and even a visit from Santa!

CrestClean teams from Wellington and Hutt Valley all joined together at Williams Park in Days Bay for an afternoon of fun, team building and great food!

Hutt Valley Regional Director, Clare Menzies says, “We had a great turnout of about 65 adults and children who showed up to celebrate another great year and everyone seemed to be having a great day. It was great to see such a big turnout.”

Having an annual BBQ provides the opportunity for different franchise teams to get to know each other and form relationships outside of work. “It’s important to make time to get to know the other teams who work with CrestClean because it widens the social and support circles within the regions,” Clare says. 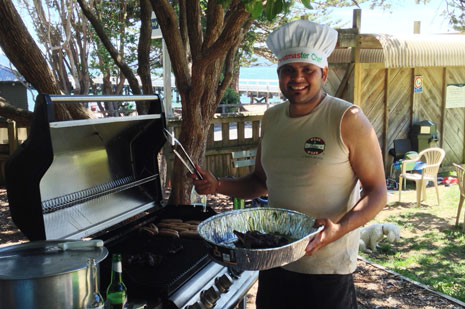 The special day was organised by Dan and Aijita Sharma, who have been a part of the Wellington/Hutt Valley CrestClean team for four years. They say that it was great fun to organise the day. Dan says, “We had a lot of help from Andrew, Clare and the rest of the teams- it was a real team effort. It all paid off in the end and it was great to see everyone enjoying themselves.”

The BBQ provided fun for the whole family, including music, beer and wine for the adults and lolly scrambles for the kids. Not only did the kids get to sink their teeth into some delicious sweet treats, but they even had a surprise visit from the man in the red suit himself! Or should we say, woman…
Clare dressed in the red suit and sported a white beard for the occasion and handed out Christmas gifts for the children.

“It was great to see the kids having such a good time, and when Santa arrived,” she says, “They were so excited! It’s a great thing to be a part of- being Santa is so great!”

It was a special day for all and Clare says that the Days Bay location is definitely a great spot for a Kiwi Christmas BBQ. “The open flat grounds are great for classic summer cricket matches and there’s plenty of room for the kids to run around,” she says. 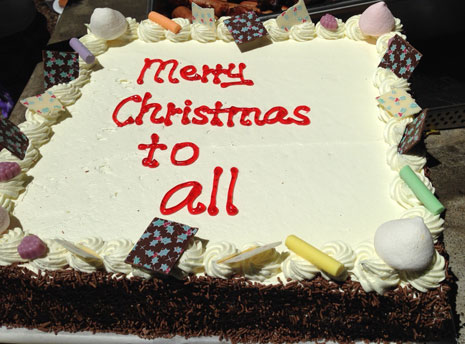