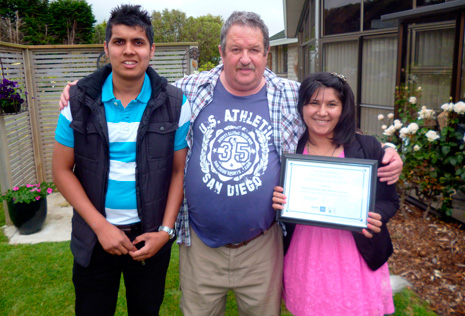 Invercargill Crest Regional Manager Glenn Cockroft presents the certificate for Invercargill’s Franchisee of the Year 2013 to Richard Chand and Akhtar Juanmiry at the Christmas Party.

During the Christmas festivities in Invercargill a special presentation was made to Richard Chand and Akhtar Juanmiry, who were announced as Invercargill’s Franchisee of the Year 2013.

They are partners in the cleaning Franchise which operates in Invercargill and Winton. There has been tremendous feedback from all of their clients, and they have twice won the quarterly prize for the most Certificate of Excellences from their clients.

A special award was also made to Joanne Baldomar and her sister in law Julie Cacdac as Invercargill’s Rookie of the Year 2013. There have been a number of new franchisees start with Crest this year, and all have proved to be wonderful assets to the company.

Joanne and Julie started with us in August and have made such an impression on all of their clients that it was decided that they should receive a special award for the excellent work that they have been doing in such a short time with Crest. Well done to Joanne and Julie. 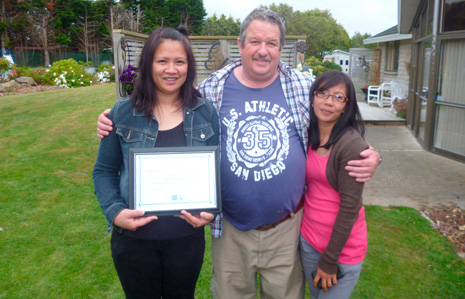 Invercargill Crest Regional Manager Glenn Cockroft presents the certificate for Invercargill’s Rookie of the Year 2013 to Joanne Baldomar and Julie Cacdac at the Christmas Party.