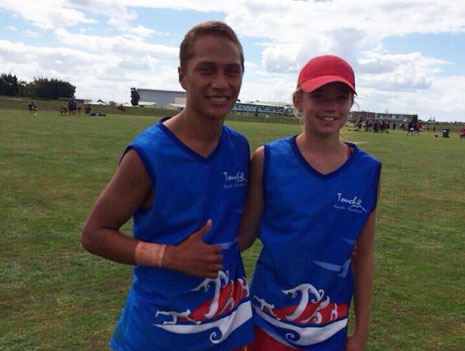 Kiani Tahere, right, is taking her rugby skills to the next level of competition.

CrestClean sponsored Kiani Tahere has been selected for the Wellington Under 18 Rugby side. Since 2013, Crest’s Kapiti Coast and Palmerston North Regional Director Steve O’Connell has been supporting Kiani, first on the Touch Kapiti Horowhenua Under 15 Girls team.

Steve says he was initially connected to Kiani and her team through the local primary school in Otaki.

“It’s great to support such a keen young person – I’m sure she’s going to become a famous New Zealand sportsperson,” he says.

CrestClean is happy to support youth in their sports endeavours and is pleased to see so many of our young people choosing to pursue healthy, active lives.