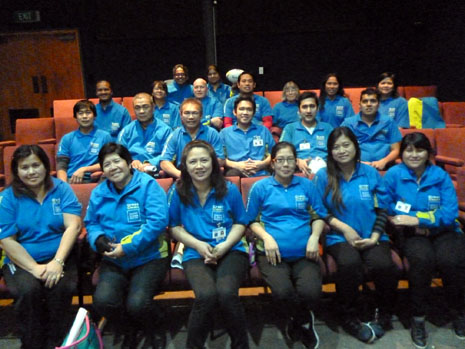 Invercargill’s friendly CrestClean franchisees say, “Come on down and join the team!”

“If you have any cousins, send them down to Invercargill because I really need more help,” says CrestClean’s Regional Manager Glenn Cockroft. “I’ve got so many new contracts starting this month and I’m just finishing up yet another quote for another building.”

Glenn says the expansion of the Invercargill region into neighbouring Winton and Gore is part of it, however his solid reputation is also playing a role in the success. The first week of July, he had three schools start receiving cleaning services, one of which was the junior campus of a high school.

“Sometimes it can be difficult to juggle the number of people I have available and the jobs I need done,” he says. “But my teams are really great and many are eager to add more contracts to their businesses.”

Glenn’s not alone: more and more companies, schools and organisations are choosing CrestClean and new franchisees are always welcome to join the team. There are currently special financing deals available in a number of areas and CrestClean offers relocation assistance to franchisees willing to move from Auckland to one of the other 23 regions we service. There are also referral bonuses available to any existing franchisee that recommends CrestClean to a friend who successfully purchases a business.

Glenn says it’s exciting to have so many great new customers and his franchisees are happy to be so busy. “I’ve been watching my back, though,” he adds with a laugh. “I seem to be taking a lot of customers off the competition!”