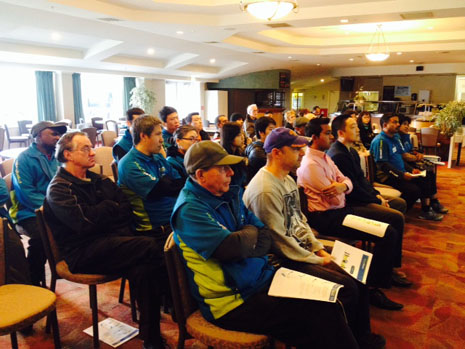 Regional Manager Yasa Panagoda brought together both Christchurch North and South for a combined Team Meeting on 25th of June.

“There were many issues to discuss, such as reforms to Health and Safety and the overall positive growth of the country and our regions,” says Yasa, who adds that bringing them all together to discuss the news also gave them an opportunity to socialise and meet CrestClean Teams from the neighbouring region.

Yasa has been manager of Christchurch North for over two years, but recently began overseeing Christchurch South. CrestClean’s popularity with customers throughout Christchurch has remained strong since the devastating 2011 earthquakes, however CrestClean has experienced even more expansion recently, indicating that rebuild efforts and increased economic stability are finally manifesting.

“It’s keeping me very, very busy, but that it is a good thing and exactly what Christchurch needs,” says Yasa.

CrestClean’s Managing Director Grant McLauchlan also attended, to meet with franchisees face to face and present the company’s annual review of the past 12 months, as well as give a preview of the next 12 months, including regional highlights.

Grant was also on hand to present a Certificate of Excellence to Wei Li, which came with a $50 gift voucher. Robert Temesvari received his certificate of completion from Master Cleaners Training Institute’s Hard Floor Care training course.

Long Service Awards were also give to Michael and Grace Choi for five years, Tianlei Fu for five years service, and Jason Dalziel, for an impressive 12 years with CrestClean. 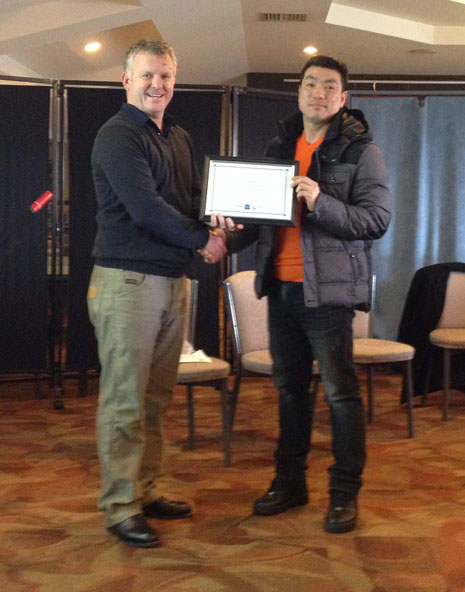 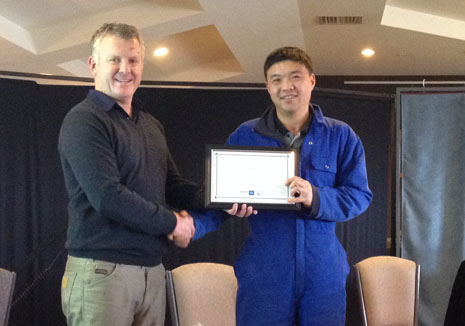