Holiday After 10 Years with Crest 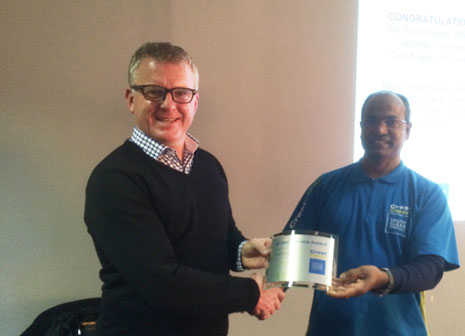 To celebrate his 10 years with CrestClean, Hamilton Franchisee Dorsamy Goundar is taking a holiday. “I’m going to Canada, where I have three uncles and several cousins, in Vancouver, Toronto and Calgary, and then San Francisco, where my wife’s sisters live.”

He’ll be using the $2000 travel voucher he received for his 10 years of Long Service with CrestClean, which he says has created a lot of great opportunities for him.

Originally from Fiji, he moved to New Zealand over 25 years ago and was doing social work, but the stress and low pay were disappointing.

“I was thinking I wanted a change and looking at options and one of my friends recommended CrestClean. I checked it out with him and bought a $30,000 business while I was still working in social services.” Eventually, he gave up the social work and committed full time to his CrestClean business.

“It’s great that there are lots of opportunities if you want to increase your income,” he says. “Everything has gone really well for me. I’ve increased my contract size and became an induction trainer.”

He says it can be hard work and he tries to balance cleaning and spending time with his wife and daughter, who’s in secondary school, but from his perspective, the key to success is customer satisfaction. “The customer relationship is important. Once a month or so, I go and say hello to each of my customers and make sure everything’s okay. If your customers are happy, then things are running smoothly.”