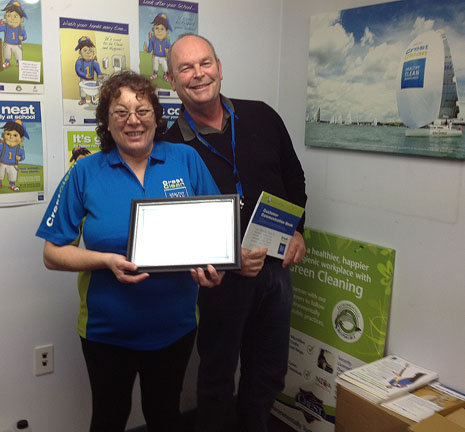 Congratulations to Aroha Metuamate on reaching the three year milestone with CrestClean.

As a Crest franchisee in Palmerston North, Aroha has also met a significant financial goal of having her initial business loan almost entirely paid off.

“She’s been working really well,” says Steve O’Connell, Regional Director for Palmerston North and Kapiti Coast. “She started off with 100 percent finance from CrestClean and she’s nearly paid off her loan in just three years, and she’s also managed to have a little holiday over in Australia.

Aroha counts several happy clients in the region and has a fantastic support team, with her mother and her husband occasionally pitching in.

“Aroha’s worked really hard to achieve her success in this business,” says Steve. “It’s great to have her on the team.”