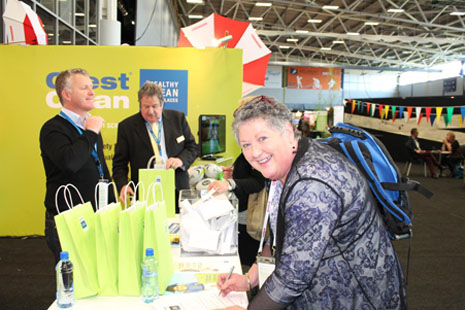 How many rugby balls are inside the plinth? A hopeful delegate enters her guess to win the TV.

CrestClean made sure to put on a good show for their seventh year attending the New Zealand Principals’ Federation annual conference with a prominent exhibitor’s booth and giveaways including an LCD TV and 27 rugby balls. Crest’s stand was a hit with delegates.

The three-day event, which draws principals and school staff from all over New Zealand, was held this year at ILT Stadium Southland in Invercargill. CrestClean was one of 62 exhibitors and on hand to man the booth were Managing Director Grant McLauchlan, Dellece McFarlane, Crest’s Customer Services Manager, South and East Auckland Regional Director Viky Narayan – who has developed strong relationships with schools in his area – and Crest’s local luminary Glenn Cockroft, Regional Manager from Invercargill.

“There were principals from all over the country and it was interesting to hear from a lot of them that they aren’t happy with their current cleaners, so as a result we received a lot of new quote requests,” says Glenn. “It was also interesting speaking with principals from schools CrestClean currently cleans who all said they were getting excellent service and praised their cleaners by name. It was astounding. In the four days I was there I didn’t hear one complaint, other than about the weather.” 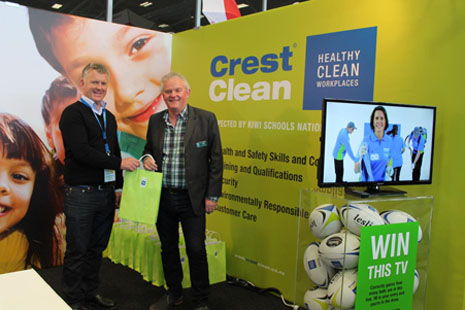 CrestClean’s Managing Director Grant McLauchlan with Gavin Beere, Principal of Hillpark Primary School and an executive member of the NZPF.

Bright green bags filled with CrestClean samples and information were up for grabs, and all comers were invited to guess how many rugby balls were inside a specially built clear plinth. The correct guesses, of 27 balls, were entered into a draw to win the balls and a new 32” Panasonic TV, the winner of which was a lucky local – Wendy Ryan, Principal of Invercargill’s Ascot Community School.

CrestClean is a Gold Level Partner of NZPF and Managing Director Grant McLauchlan was invited to speak on a panel lead by “7 Days” comedian Paul Ego. Grant took the opportunity to talk about the importance of training and education in the cleaning industry, especially when it comes to Health and Safety, which is undergoing government reforms that will affect all schools and the personnel inside them – including cleaners. 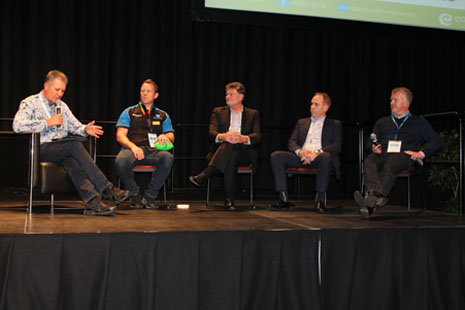 Grant on stage with Paul Ego and other panelists.

“It was good to get the health and safety story out there, as some principals are aware of the upcoming changes to New Zealand law, but many aren’t so aware,” says Grant, who adds that he was overwhelmed by all the positive comments he received from CrestClean customers he spoke with, as well the burst of attention from potential customers.

“There was a lot of interest in pest control,” Grant notes of CrestClean’s newest service offering. “A lot of customers were asking about it, as were many schools we don’t currently service, which is one of the primary reasons we’re developing this offering – to be able to meet the changing needs of customers in our communities.”

“This event is such a highlight for CrestClean and we’re looking forward to continuing our commitment to the conference with the NZPF.” 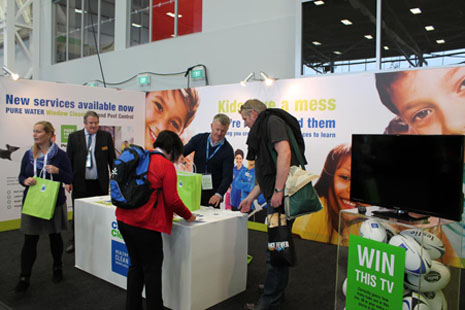 CrestClean’s spacious booth filled quickly with people interested in our products and services.