Sponsorship is Paying Off 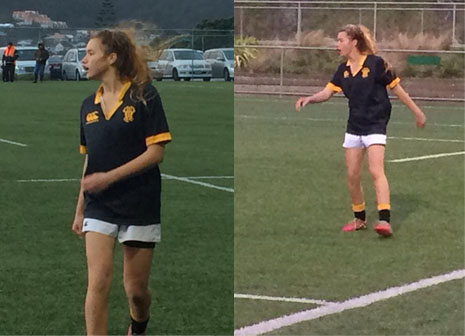 Kiani Tahere receives CrestClean sponsorship, which has helped her become the youngest woman ever picked for the Wellington team.

CrestClean sponsored Kiani Tahere is continuing to excel in her athletic endeavours. The young woman from Otaki, who receives support from CrestClean’s Regional Director for Kapiti Coast and Palmerston North Steve O’Connell, has been chosen for Norths Women’s Rugby Sevens over the summer, one of Wellington’s top teams. She’s also been picked for the Under-18 Women’s Rec Team in Wellington – Kiani is only 13 years old and the youngest woman ever to make the team.

“She has so much potential, she could go on to play for New Zealand,” speculates Steve, who was tapped for sponsorship through family friends. “I’ll continue to support her as long as she wants to play.”

CrestClean is always happy to help youth with their athletic endeavours and is pleased to see so many young New Zealanders making healthy life choices like being involved in sports. Keep up the great work, Kiani!