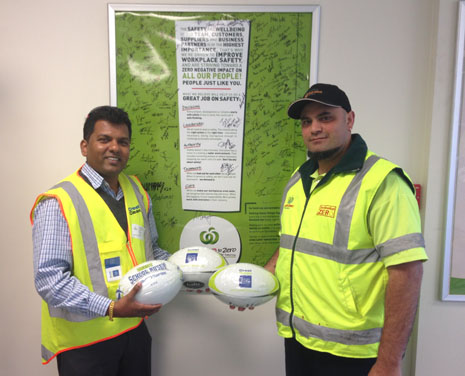 Viky Narayan, CrestClean’s Regional Director for South and East Auckland, donated the rugby balls as prizes for a Quiz Night fundraiser hosted by Countdown’s Auckland National Distribution Centre and held on the 15th of November.

“This is a charity that’s very good for the community and really helps kids out. I like to give something to it every time they organise a fundraiser,” says Viky.

The $1,500 that was raised will be used to purchase hospital equipment for the ten nominated children’s hospital wards supported by the charity.

Fittingly, the Quiz Night was held at the Manurewa Rugby Club, where the prize rugby balls could be put to immediate use!