CrestClean Team Festivity in Wairarapa, Wellington and the Hutt Valley 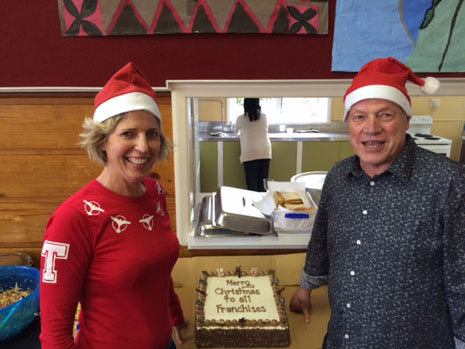 Santa’s pretty busy this time of year, but he managed to make a stop in to CrestClean’s holiday party for the Hutt Valley, Wairarapa and Wellington teams. He had presents and lollies for all the kids who came along to the holiday party with their parents, all of whom are CrestClean franchisees.

The party was held at Epuni School Hall and approximately 45 people from the three regions attended. The festivities were organised by Dan and Aijita Sharma, who are Wellington franchisees, though many know Dan as one of the Regional Trainers. A barbeque lunch was served, accompanied by music, musical chairs, and lots of jumping up and down in a bouncy castle for the kids. 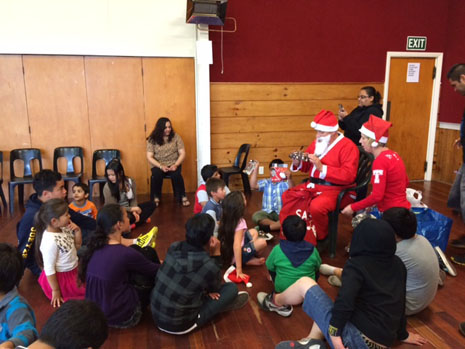 All the CrestClean kids from Hutt Valley, Wairarapa and Wellington have been good this year, according to Santa.

“It was a great team building and a family fun day,” says Clare Menzies, Regional Director for Hutt Valley and Wairarapa, who was joined by Wellington’s Regional Director, Richard Brodie. “Our annual Christmas barbeque is a chance for all of the franchise teams to get to know each other and form relationships outside of work. It’s important to get to know the teams socially and their families,” Clare says. “We are all here to help and support each other, and it was great to see a good turnout at our annual event.”

Several certificates and awards were also presented. Helen and Gregorio Caingcoy are the Hutt Valley’s Franchisee of the Year. Rookie of the Year went to Harpreet and Amandeep Bhangu, who were unable to attend the party. In Wellington, the Rookie of the Year award went to Naran and Harikala Khatri.

They also got a big round of applause from Clare and Richard, for their “remarkable effort with preparing the food.”

And a thanks to everyone who attended the festivities, says Clare. “Richard and I wish you all a happy, enjoyable and safe Christmas holiday!” 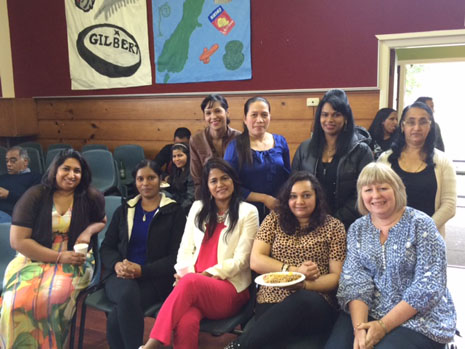 A photo of several of the Crest women of the greater Wellington region.