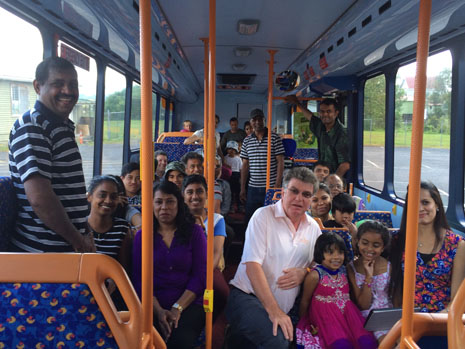 There’s a party at the end of this bus ride for the Crest Team, travelling from North Harbour to Auckland.

To celebrate Christmas and the end of 2014, the CrestClean North Harbour team hopped on a specially chartered bus and hit the road for Auckland. There they met up with CrestClean franchisees from Auckland Central, North, West, South and East – a total of nearly 400 people – for a superb meal, live entertainment, games for the kids and awards ceremony.

“We really enjoyed doing a combined Christmas function for this year with Auckland,” says Rachel Kumar. She and Neil Kumar are the Regional Directors for North Harbour and Whangarei. “Getting the team together to ride the bus was fun and the children loved it.” 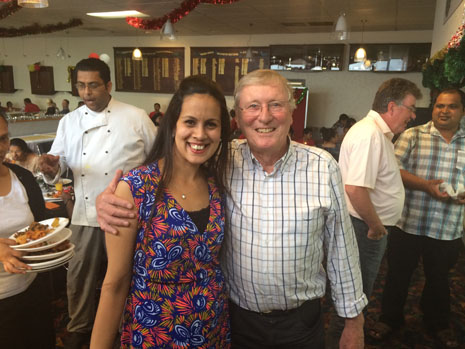 The party was held on the 7th of December at the Glen Eden RSA, with catering provided by Pacific Star Restaurant, which is also owned by a CrestClean franchisee. Many people commented on the excellent food and superb service.

“It was a fantastic time and it’s very good to see such a great turnout of franchisees and families,” says Neil. “We’re already looking forward to next year’s party!” 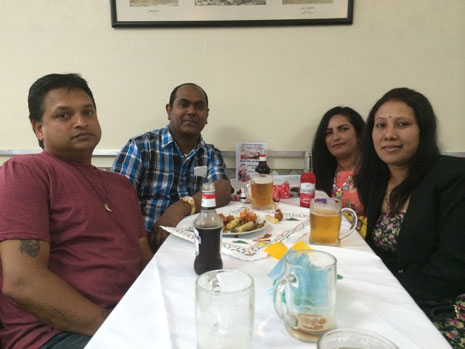 Crest franchisees catered and the food was outstanding.