It’s Cost Effective to Have a Clean, Healthy School 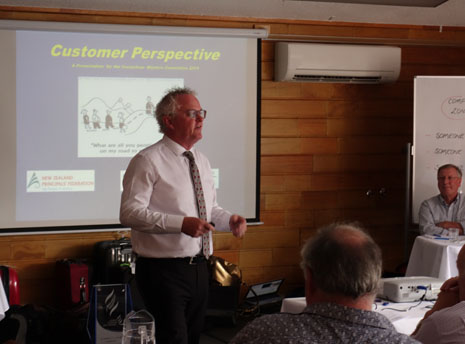 Principal Gavin Beere was just a couple of years into his tenure at South Auckland’s Hillpark School when he decided to take a critical look at the primary school’s cleaning services. “There’s one main reason why people look at cleaning operations,” he said recently during a presentation at CrestClean’s Masters Conference. “They are not happy or familiar with the current reality.”

For Mr Beere, who’s been a school principal for 17 years and is currently an executive committee member of the New Zealand Principals’ Federation, his unhappiness stemmed from a combination of factors. There hadn’t been a close analysis of costs or productivity and the quality was inconsistent. Cleaning also occurred during the middle of the school day, which was having a negative impact on staff and students. Finding relief cleaners was difficult. Overall, the situation was unsatisfactory, but what to do about it? Mr Beere decided to conduct a comprehensive analysis of cleaning services at nine nearby schools, and compare them to what was going on at Hillpark.

What he found was that the cost of cleaning Hillpark was significantly more expensive than other, sometimes larger, schools – about $25,000 too much. And that part of that cost was because the daily cleaning was taking nearly five hours more than it should.

That could be improved by better training, but Mr Beere also knew that what he really needed was to shift the cleaning paradigm in order to get the quality of service he wanted.

“We radically reduced hours and expectations,” Mr Beere recalls, and then waited for an opportunity to lead a cleaning revolution. “When one cleaner of the three on staff retired we had Crest come in and clean a third of the school. It was noticeably different.”

That, he says, raised the bar for the entire school and created engagement from the caretaker and the grounds keeping, as well. “When a school looks bad on the outside, the quality of cleaning goes down, morale goes down.” It took four years to completely transition to full service from CrestClean, but Mr Beere says it’s been a successful move, even when there were bumps in the road.

“What I’ve learned from experience is that in your enthusiasm to sign up people, you’ve got to make sure you’re selling a good product, and I can guarantee Crest 100 percent. Does it work smoothly all the time? No, but if there’s a problem Regional Manager Viky Narayan turns up that day with a solution.”

“We want good, systemic structures at schools,” he adds. “At CrestClean, you have systems and structures to support you and that’s particularly important when it comes to health and safety. This is a big issue for school principals – recent changes to the legislation means we are experiencing competition from people trying to sell us health and safety training.”

CrestClean’s leadership in health and safety has been a reassurance for him. Crest’s innovative SafeClean system minimises risks and ensures accountable reporting, thus meeting the upcoming reforms to New Zealand’s work safety laws that are concerning many school principles who are now responsible should an accident occur at their schools. Meeting that compliance while minimising fuss for principals, says Mr Beere, is what makes CrestClean a great choice for school cleaning services. “It’s the breadth of service that you can offer.”

And that added value is worth the price of CrestClean, he’s concluded. “It’s cost effective to have a clean, healthy school.”