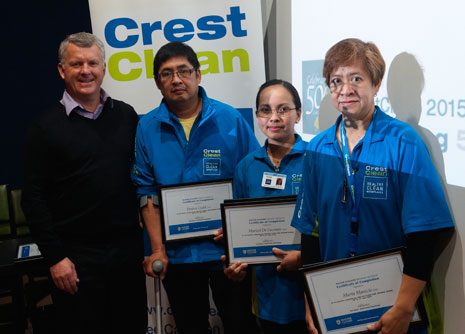 Recognition for the continued efforts of franchisees formed part of the agenda at Invercargill’s annual team meeting.

The team meeting was held at the Invercargill Museum Theatre on August 19 and 37 franchisees attended. 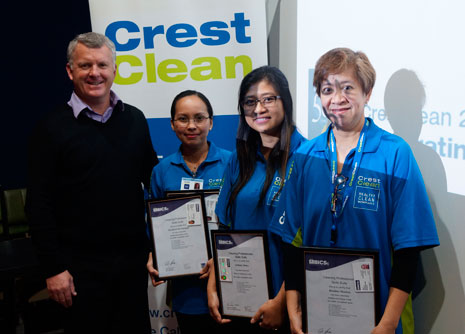 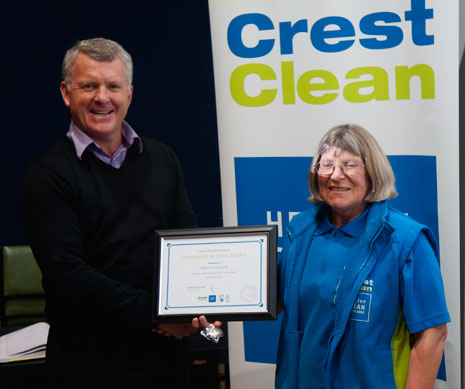 Julie, who is known as a team player and is someone that is always happy to help out her fellow franchisees when they need it, was thrilled to receive her three year Long Service Award.

“I love cleaning and I enjoy the interaction with my customers. Three years has gone quite quickly and I really like working with Crest,” she says.

Regional Manager Glenn Cockroft says the franchisees that attended enjoyed the opportunity to catch up with Grant and their fellow franchisees.

“It’s very hard to get all of our franchisees in one place at the same time. They really enjoyed the meeting and found it helpful. They also enjoyed congratulating all of the franchisees that received awards. There was a lot of positive feedback. The meeting was well received,” he says.