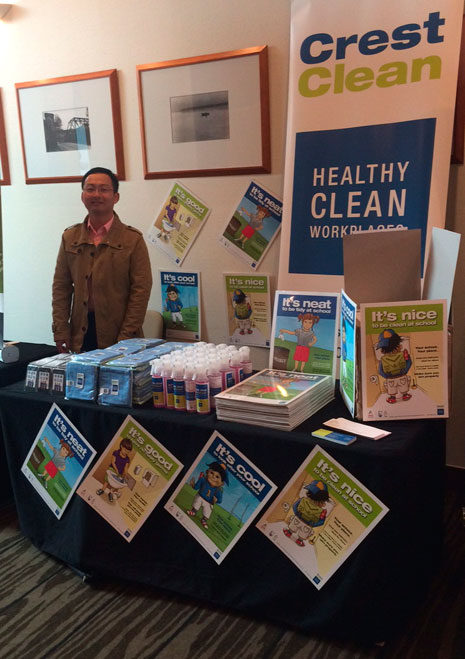 The conference, which was held at Novotel Tainui in Hamilton on August 27 and 28, attracted 70 delegates from schools throughout the Waikato.

CrestClean is a gold sponsor of the Waikato Assistant Principals/Deputy Principals Network and was one of 10 stallholders.

Jason says the two-day conference was a great networking opportunity.

“It was great to talk to so many Assistant and Deputy Principals. We also got to catch up with a lot of our customers. They also gave us great feedback about our cleaning services. They were all happy.”

“They were well received,” Jason says. “Everyone really liked them, especially the posters. They talk about how nice it is to be clean and tidy at school. We hear the teachers really like the two new posters featuring girls.”

“We really enjoyed attending the conference. We are proud to be a gold sponsor,” Jason says.