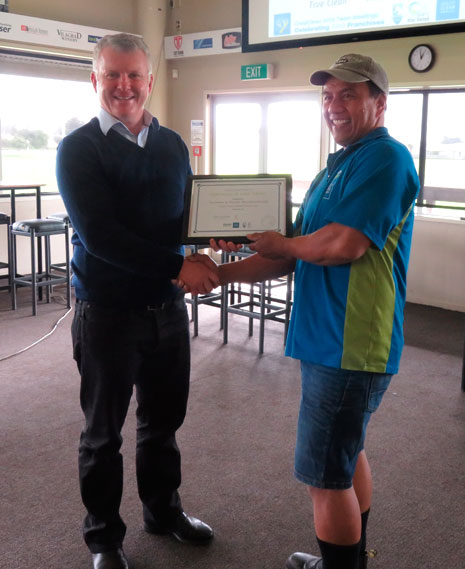 Toromon Mwemwenteata was presented with a Certificate of Excellence by Managing Director Grant McLauchlan for the work he has done at LIC – Riverlea.

Waikato team members were out in force with a record turnout of over 40 franchisees who attended the annual team meeting held at Hamilton Marist Rugby Club on September 16.

A number of awards including Certificates of Excellence and Long Service Awards were presented to franchisees.

“I was very happy to receive my Long Service Award. We are very thankful to Crest for making us part of a profitable franchise system,” Narayana says. 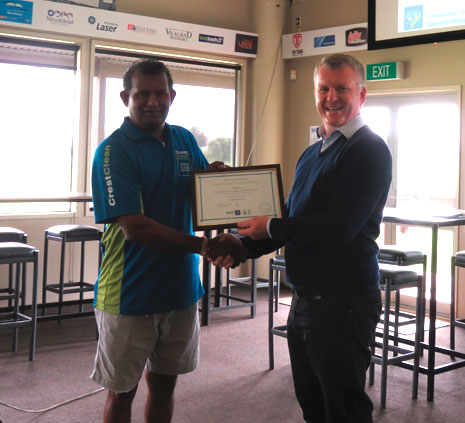 Gayaneshwar Raju was also awarded a Certificate of Excellence for his work at Silverdale Primary School.

Waikato Franchisee of the Year for 2014 Danny and Ngere Vi were pleased to receive their award from Grant. Their van is also the best in the Waikato fleet. 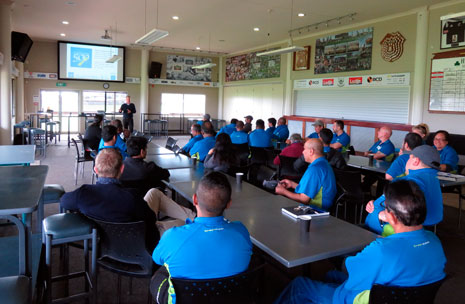 The Hamilton team meeting was a huge success with over 40 franchisees attending.

“It was good to have all the teams under one roof. They enjoyed catching up with each other. It was great having Managing Director Grant McLauchlan and General Manager Franchise Services Sam Lewis there. It gave franchisees an opportunity to ask them questions and talk to them. It added a personal touch to the meeting.”