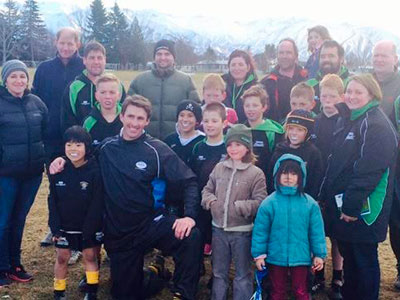 50 sessions have been held throughout the country, including Twizel, since March this year. The programme is making a positive difference for coaches.

CrestClean will continue its partnership with LeslieRugby to deliver 50 CrestClean LeslieRugby Junior Rugby Team Coaching Programme sessions to local rugby clubs and schools throughout the country in 2016.

The 2015 season, which was the second year that Crest supported the grassroots rugby initiative, was a resounding success.

“The feedback from this years coaching session attendees and clubs has given us the confidence to invest again in this great initiative. Thank you, John Leslie,” CrestClean Managing Director Grant McLauchlan says. “Club sport and physical activity plays a big part in the health and wellbeing of children. We are proud to support this endeavor to improve the coaching and grassroots rugby skill base in New Zealand.”

Last year, 50 sessions were held at local rugby clubs and schools throughout the country. During each session, which are run by former Highlanders and Scotland Captain John Leslie, a team of 12-year-olds demonstrate 14 core skills while he explains his coaching philosophies and tips for keeping the energy high and the game fun for kids. 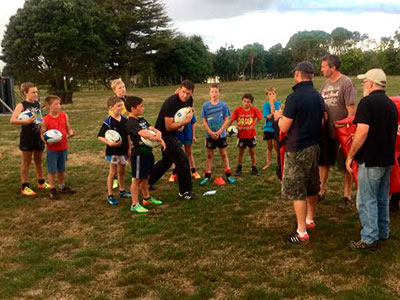 John is looking forward to making the 2016 coaching sessions “even better” than this year.

“It is fantastic that Crest are continuing their support for 2016. The feedback from each clinic has been overwhelmingly positive,” he says. “They are making a positive difference for junior coaches.”

The drill-training plan, which is effective and easy to implement, is based on the core fundamentals of rugby.

“The content shows coaches how to control and manage the team. It keeps the kids moving and in rugby action for an hour of training. If session plans are completed correctly, each player will attempt between 300 to 400 skill attempts – do that for an average of 14 training sessions a year and each junior rugby player will attempt over 5000 core rugby skills,” John says.

Attendees have praised the “great training flow and fitness” offered by each session.