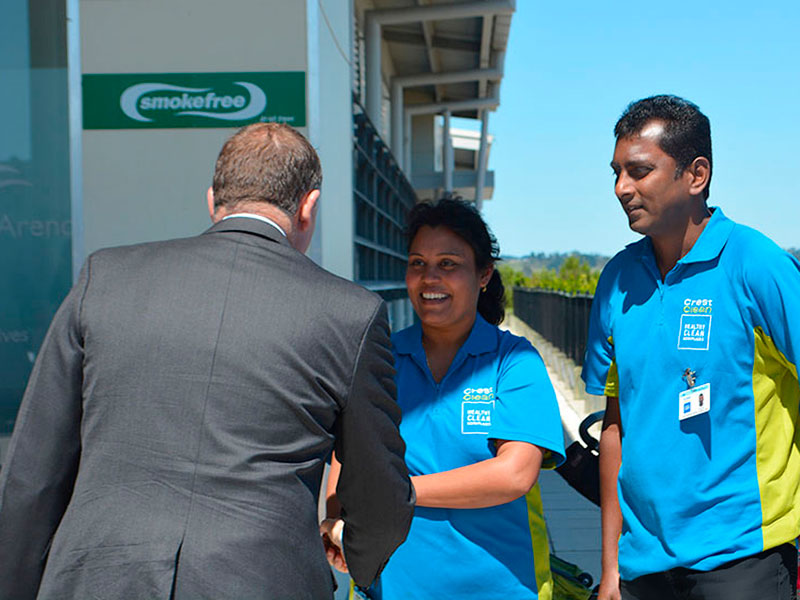 After officially opening the premises, Mr Key visited Northern Arena in Silverdale, where he made the time to meet Crest’s North Harbour team – Radhna and Naresh Mani and Rameshwar Sharma. The three have been cleaning Northern Arena for the last three years. 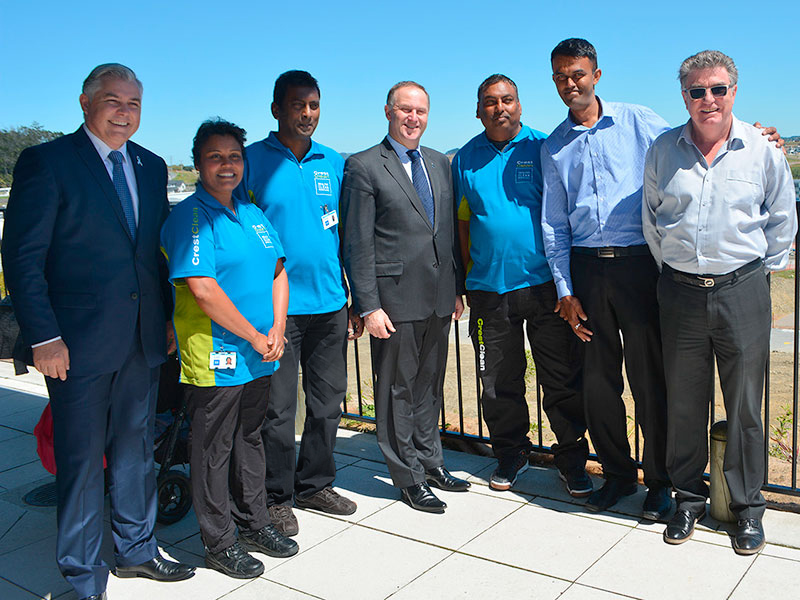 “That was a proud moment for me and the cleaning team. Our franchisees were acknowledged for their hard work and it meant a lot to them. It is always nice to hear positive feedback,” he says. 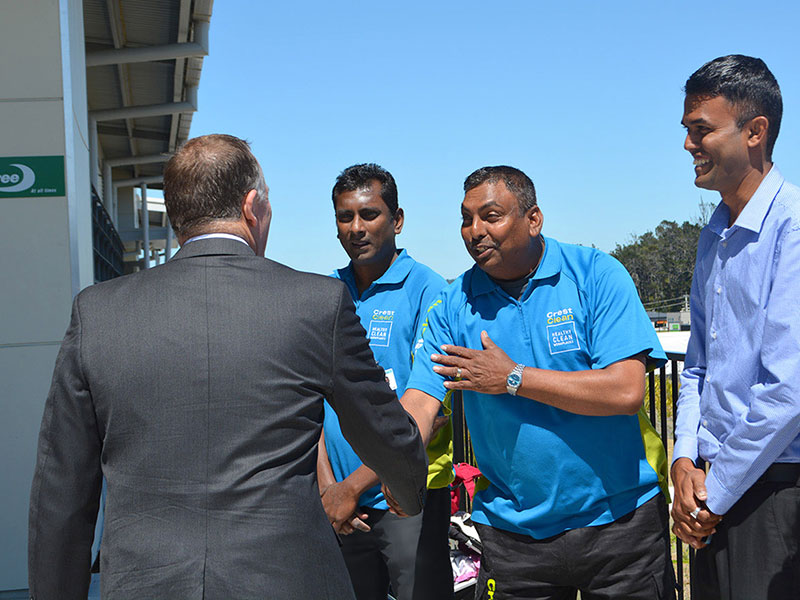