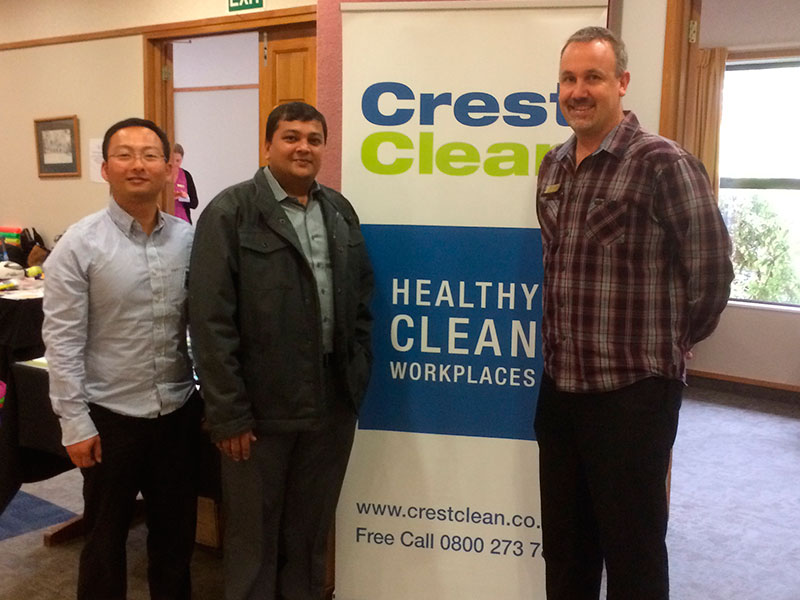 Delegates from schools around the Waikato region could not praise CrestClean enough at the Waikato Principals’ Conference.

The conference, held in October, attracted over 50 delegates from schools throughout the Waikato region.

“It was a great opportunity to catch-up with existing clients,” Nivitesh says. “We also spoke to a number of principals about their cleaning requirements and what Crest could do for them. Principals asked a lot of questions about the upcoming Health and Safety law changes, which we are prepared for with our Health, Safety and Environmental Management System. Principals also asked about our caretaking service.”

“We are proud to sponsor the association. It highlights Crest’s commitment to education in the Waikato region,” says Nivitesh.

As part of Crest’s stand, anti-viral sanitiser bottles, microfiber cloths and a selection of posters were given away to delegates.

“Everyone enjoyed the giveaways, especially the posters which will be displayed around schools. Posters contain messages that encourage kids to look after their school, which is their ‘place’ and to keep it clean,” Nivitesh says.