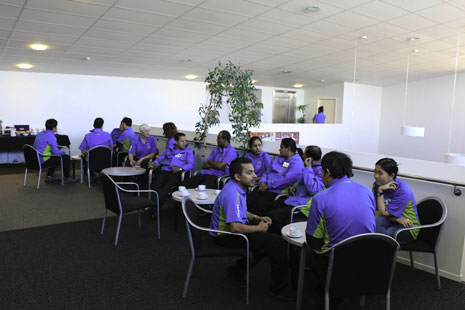 Tauranga franchisees enjoyed catching up with each other over a cup of coffee before the team meeting.

Pride and passion was shown by franchisees present at the Tauranga team meeting.

Thirty-six team members attended the meeting that was held at Club Mount Maunganui on October 13.

Managing Director Grant McLauchlan spoke to franchisees about the continual growth CrestClean has experienced over the last 12 months and introduced Crest’s new services, PestCo and Crest Property CareTaking. The meeting also gave franchisees an opportunity to catch up with each other.

“I was really impressed with the presentation, calibre and commitment shown by franchisees. It is great to see the success that everyone is achieving. It’s very positive,” he says. 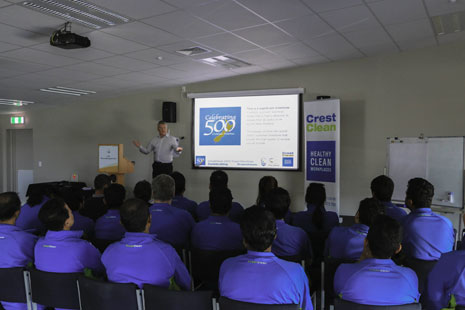 Team members were proud to be part of Crest’s 500 Franchises celebrations.

“The turnout was great. It gave franchisees a better understanding of what is happening around the other regions. It also let them know that they are not alone . . . that they are part of a nationwide team,” he says.