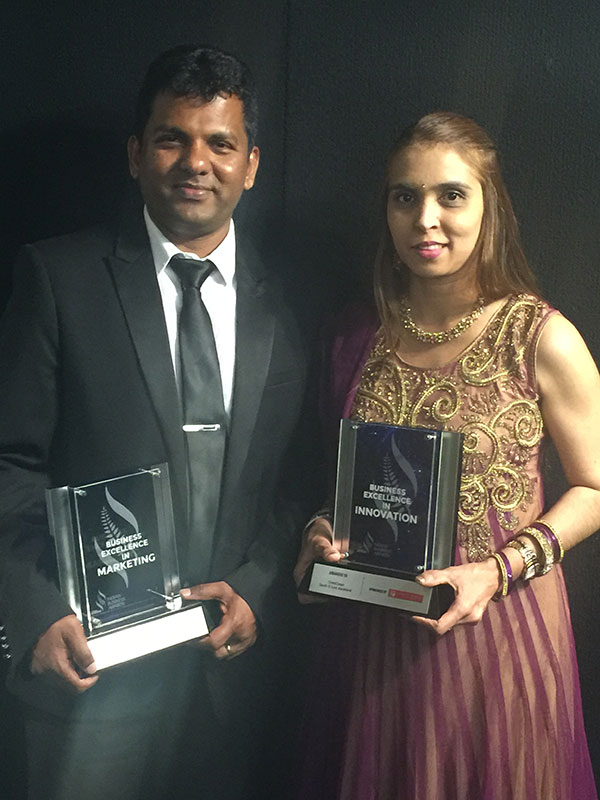 Crest was also a finalist in the ‘Business Excellence in Customer Service’ category, which was won by Link 2 Group.

The awards were presented to Viky and Nileshna in front of an audience of 1100 at the Sky City Convention Centre in Auckland.

“It is an honour to have won both awards,” Viky says. “We were hoping that we would win both but when it was announced we went blank. We couldn’t believe it.”

The judges commented: “We were impressed by the success of their marketing strategy which has doubled customer numbers in three years, through direct communication with clients, excellent service and leveraging word of mouth. CrestClean targets a very specific market segment which is particularly suitable for its licensees.

“We were impressed by the use of a collaborative approach with invited ideas and contributions from all franchisees. It is clear that the management of this Company uses innovation processes as a key driver of fresh service ideas including the Pure Water Window Cleaning system and leadership in the new Health and Safety legislation coming into force next year.” 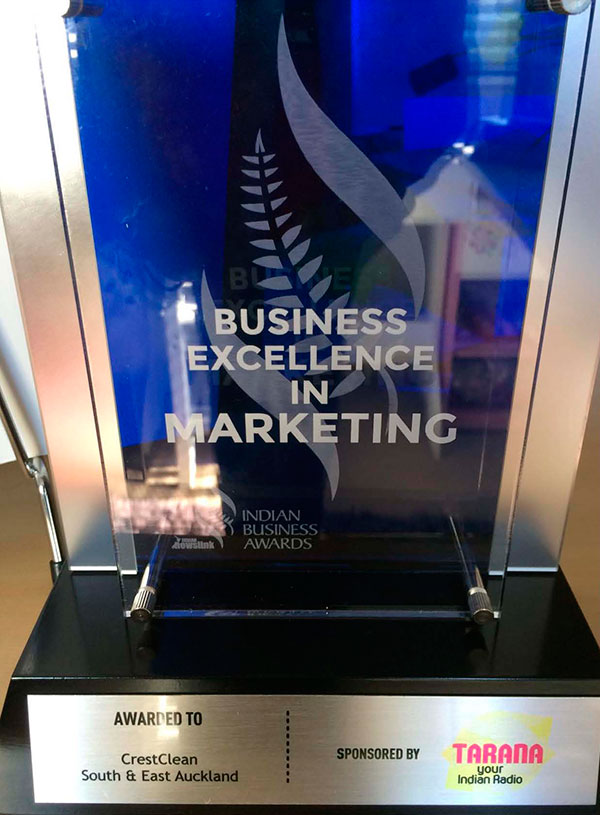 The ‘Business Excellence in Marketing’ award.

It has been a great year for Viky and Nileshna. The husband and wife team won the 2015/2016 Westpac New Zealand Franchise Awards Master Franchisee of the Year and they were also finalists in the 2015 Westpac Auckland South Business Awards for Excellence in Marketing.

“It is all about team commitment. The judges commended us on our outstanding entries, systems and processes. We couldn’t have won these awards without the support of Crest,” he says.

Originally from Fiji, Viky and Nileshna purchased a CrestClean franchise in 2005. They became Regional Managers in 2008, overseeing the large South Auckland CrestClean customer base. In 2013, they added the East Auckland region to their business. They now oversee the operations of 82 franchises and 180 personnel providing commercial cleaning services for more than 350 customers in South and East Auckland. 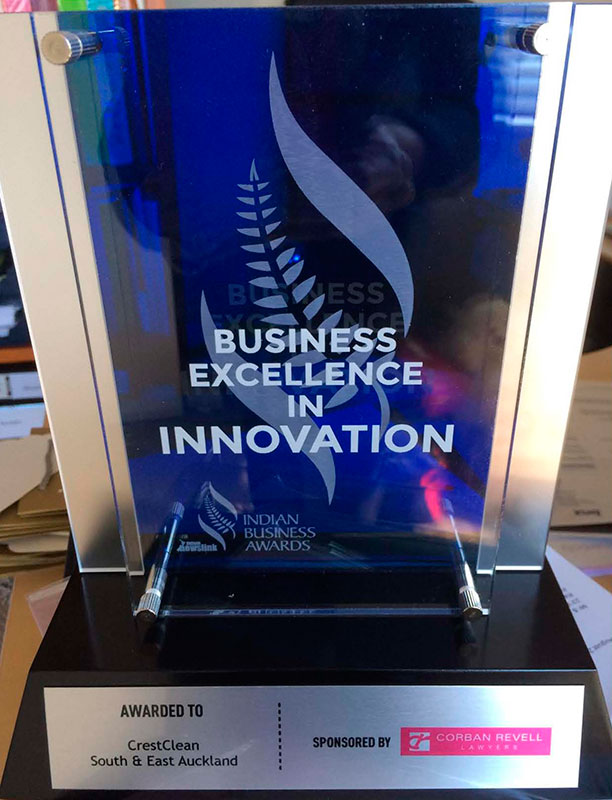 The ‘Business Excellence in Innovation’ award.

The Indian Newslink Indian Business Awards Programme was launched in 2008 to lift the standards of Indian businesses that contribute greatly to the New Zealand economy and society. The programme also recognises and rewards business success in New Zealand.

“Besides celebration of success, finalists and winners send a positive message to customers and attract new business, raising their profile.”

“Well done to Viky and Nileshna for cleaning up at the 2015 Indian Business Awards,” Managing Director Grant McLauchlan says. “I was proud to see their hard work and commitment recognised by the judges and celebrated by many dignitaries at the gala event. Crest prides itself on its brand and innovative culture that has been recognised as a winning combination and we should all be proud of these achievements.”