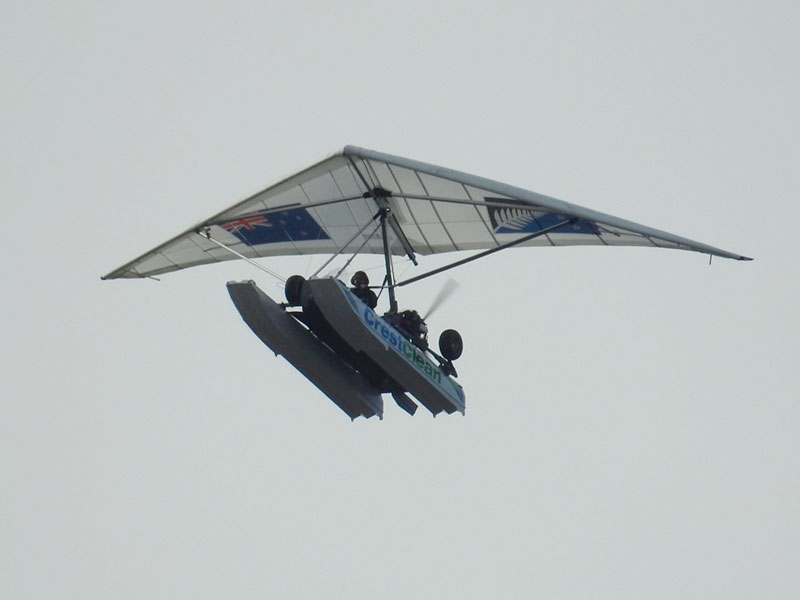 These photographs of the CrestClean Amphibious Microlight were captured by franchisee Nancy Nandan.

Taupo franchisee Nancy Nandan captured these great images of the CrestClean Amphibious Microlight, which took to the skies over Lake Taupo last weekend.

Pilot Derek Holmes flew the unique 100hp aircraft. It is the only one in New Zealand and displays the countries two flag options on either side of the aircraft’s wing – the current New Zealand flag and the contender flag.

Mr Holmes purchased the CrestClean sponsored aircraft in Florida two-years-ago, drove it across to California then shipped it to New Zealand.

“It is the only Amphibious Microlight of its type in the US that’s gone through its full certification process as a light sport aircraft,” he says. “It can take off on water, grass runways and at airports. The amphibious nature of the aircraft is unique.” 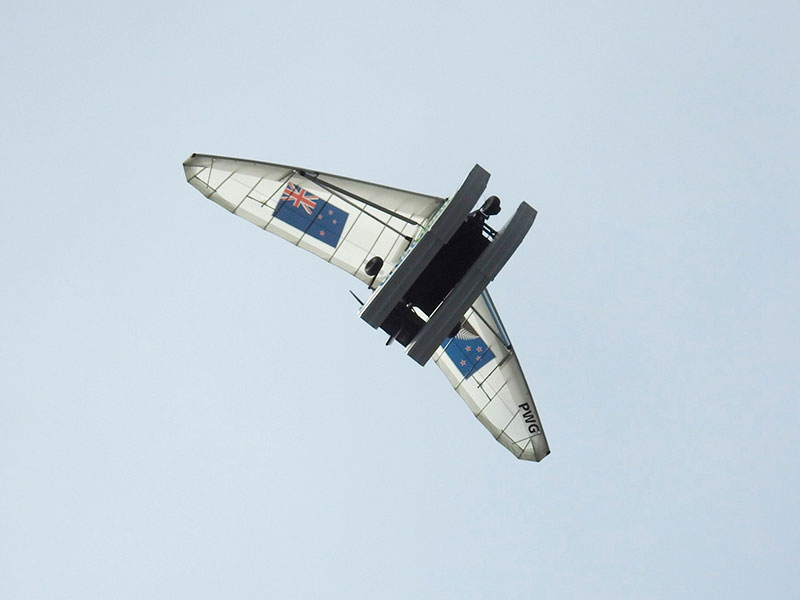 With a four-stroke motor, the microlight can travel at a speed of 80km/h.

“I love it – The freedom, the spectacular scenery and the adventure of being in the air is amazing,” he says.

“It is a historic time for New Zealand and it is important to recognise that,” he says. “Canada went through it almost 50 years ago. It will give people a visual of both flags and it will create a talking point.”

It only takes 20 minutes to get the aircraft prepped and ready to fly.

“It takes 20 minutes to get it off the trailer and to put it back on once you’re done. You can pack it up and travel to where ever you want to go flying,” he says. 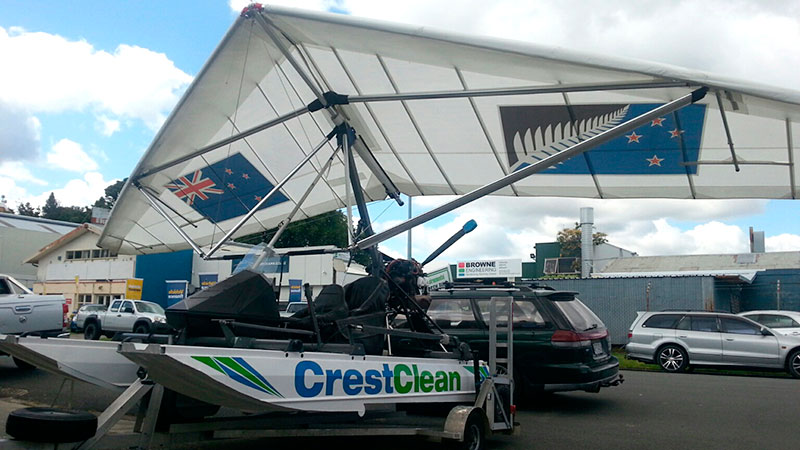 Introductory flights are available this weekend for those who would like to learn how to fly the unique aircraft.

“It is great to be able to share the thrill you get when you are flying an aircraft with other people,” he says.