Team building put to the test at principal’s conference 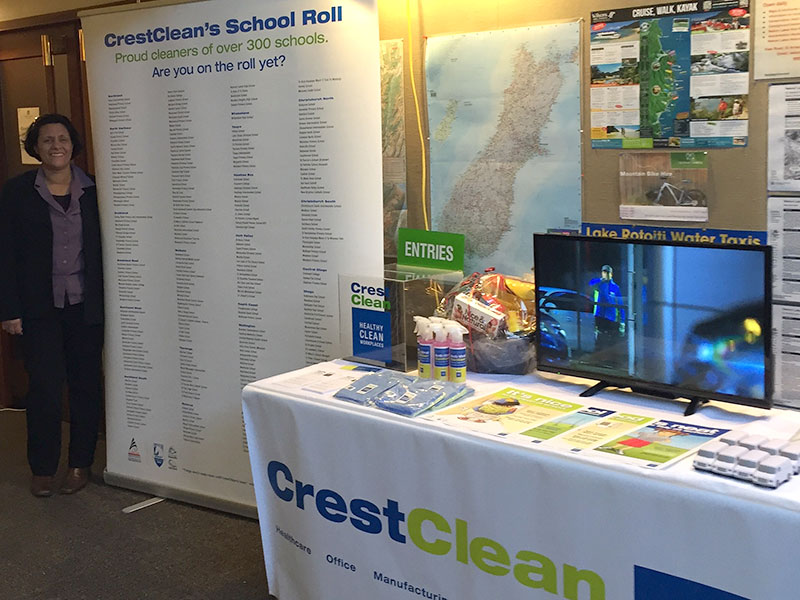 CrestClean’s stand was popular at the conference.

CrestClean is a bronze sponsor of the Nelson Principals’ Association and delegates who attended the conference could go into the draw to win a gift hamper. 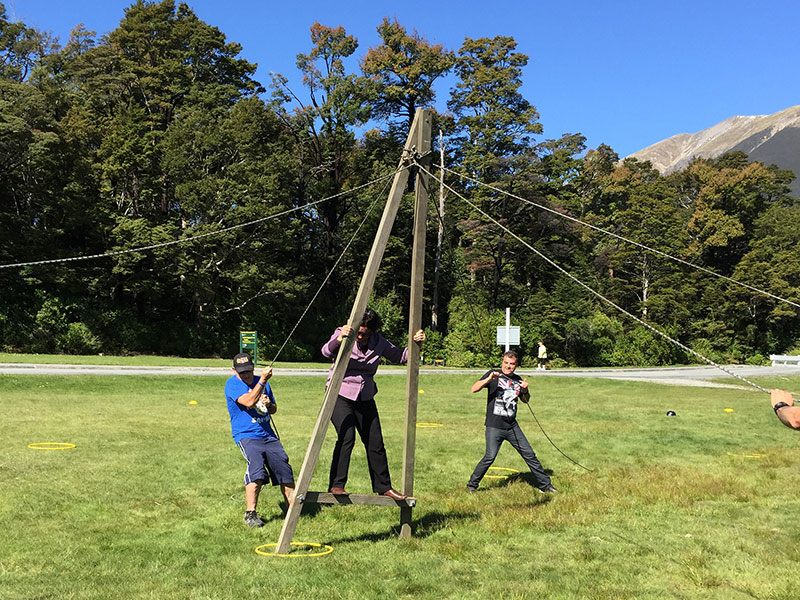 Nelson Regional Manager Barbara de Vries puts trust in her team who had to ensure she stayed upright as part of a recreation afternoon at the Nelson Principals’ Association Conference.

“Principals enjoyed our Anti-Viral Sanitiser bottles and microfibre cloth giveaways. They were very popular and they all went, which was great,” says Barbara. “We really enjoyed attending the conference. It was great to catch up with our customers. We received positive feedback. The team building exercises were fun.” 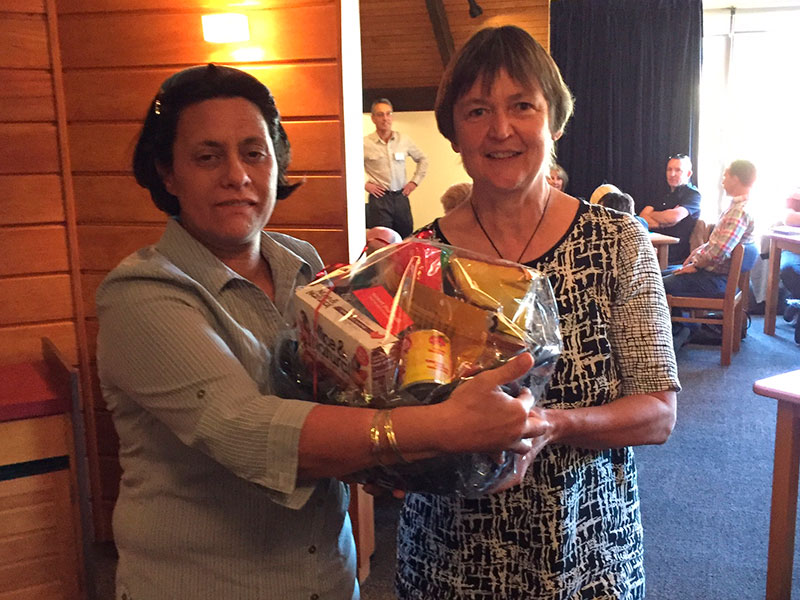 As part of Crest’s stand, attendees were given an opportunity to enter the draw to win a gift basket. The lucky winner was Maitai School Principal Jane Wills.