Franchise confidence bounces back for 2016 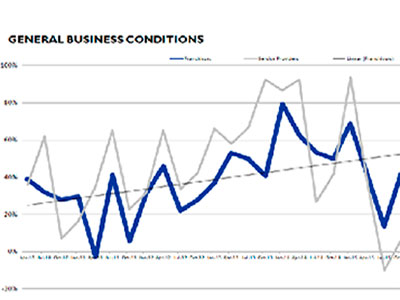 After a dip in July, confidence in the franchise sector is bouncing back but franchisees are still high in demand according to the latest Franchising Confidence Index survey.

Sentiment toward franchisee profitability, arguably a franchise system’s key health and growth driver, increased from a net 19 percent to 26 percent, as reported by responding franchisors. Service providers were also more positive in their sentiment this quarter, reporting a net 27 percent.

Franchisors were encouragingly positive (net 42 percent) this quarter, up 14 percent.  Service Providers reported 7 percent, which is also an increase.

The net 42 percent positivity experienced by franchisors is markedly higher than that of other research involving general business, including ANZ Business Outlook, (net 10 percent in October) and NZIER business survey, which is now in the red (negative net 9 percent in October).