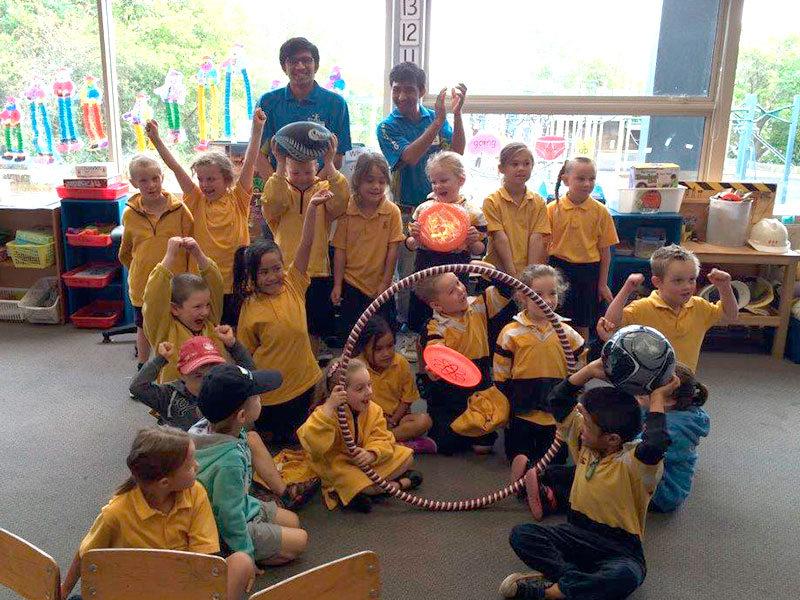 Room 3 children at Waimataitai School in Timaru were thrilled they received sports equipment after they won the first round of the Cleanest Classroom competition. They are pictured with franchisees Harsh Patel, left, and Kirti Patel.

Room 3 children at Waimataitai School are enjoying the sports equipment they received from Crest in recognition of their efforts.

South Canterbury Regional Manager Robert Glenie says the award was the first one given out at Waimataitai School.

“Children and staff said it was a fantastic idea and they are looking forward to continuing the initiative next year. They really like the sports equipment.”

“Thank you Robert and Crest for running the Cleanest Classroom competition in our school. It is a wonderful idea,” Deputy Principal Brent Rees says.