Waikato’s Franchisees of the Year 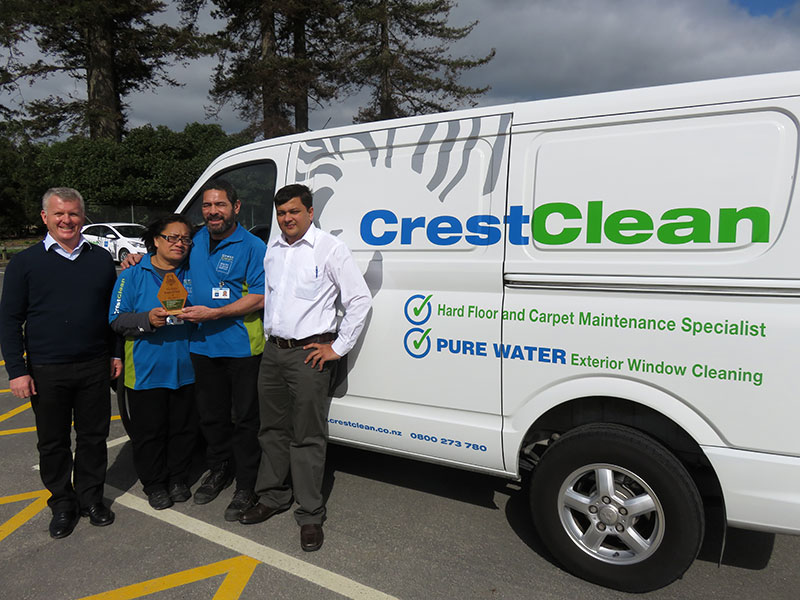 Tokoroa Franchisees Danny and Ngere Vi were honoured to be named Waikato Franchisees of the Year. They are pictured with Crest’s Managing Director Grant McLauchlan, left, and Waikato Regional Manager Nivitesh Kumar.

Danny and Ngere Vi love being part of the Tokoroa community.

The husband and wife team, who have been with Crest for one year, were named Waikato Franchisees of the Year – a reflection of their hard work, dedication and commitment. They also have the best van in the Waikato.

“We were very surprised. We were honoured. Becoming Crest franchisees is one of the best decisions we have ever made,” he says. “With the van, we thought we might as well go all out. It’s big but it’s not too big. We wanted something that we could put everything in. The LDV is smooth to drive and it handles well, especially on long trips.”

Prior to Crest, Danny spent 30 years building pylons in Ireland and Australia. In one year of owning a Crest franchise, he has lost 24kgs and is enjoying keeping active as well as the challenges that come with the role.

“I really like the innovation side – all the modern equipment that we use. With Crest, you can develop your business and build it as much as you want to. There is always plenty of work if you want it. We have a good rapport with everyone in Tokoroa,” he says. “We enjoy interacting with our customers and we are proud of what we do. It is also good to be closer to our family and to spend time with them.”

As part of Danny and Ngere’s community commitment, they sponsored Forest View High School’s Best Senior Student in Science and Mathematics award at their end of year prize giving.

“We really like being part of our community,” he says.

“We wanted good operators in Tokoroa. Danny and Ngere are very independent and intelligent. I am very happy with this team. They are one of the best that I have seen so far,” Regional Manager Nivitesh Kumar says.