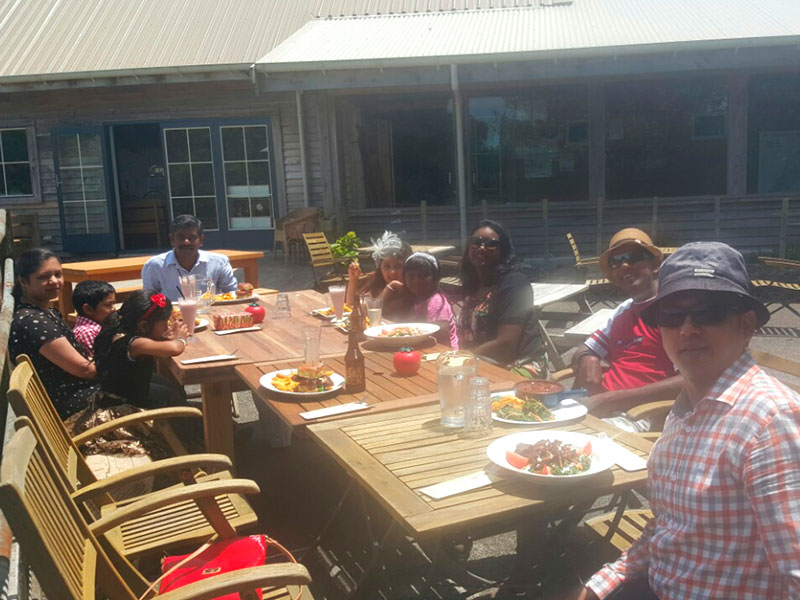 Crest Taranaki enjoyed catching up with each other at the region’s first Christmas party.

The Christmas party was held at VolcaNo Restaurant, New Plymouth on December 20.

“It was good to catch up with everyone in a relaxing atmosphere,” Taranaki Regional Manager Prasun Acharya says. “It was a really nice day and everyone had a good time. We could see Mount Taranaki from where we were sitting.”

Prasun says the children who attended enjoyed playing on the flying fox and pedal cars.

“It was a great way to end a successful year,” he says.