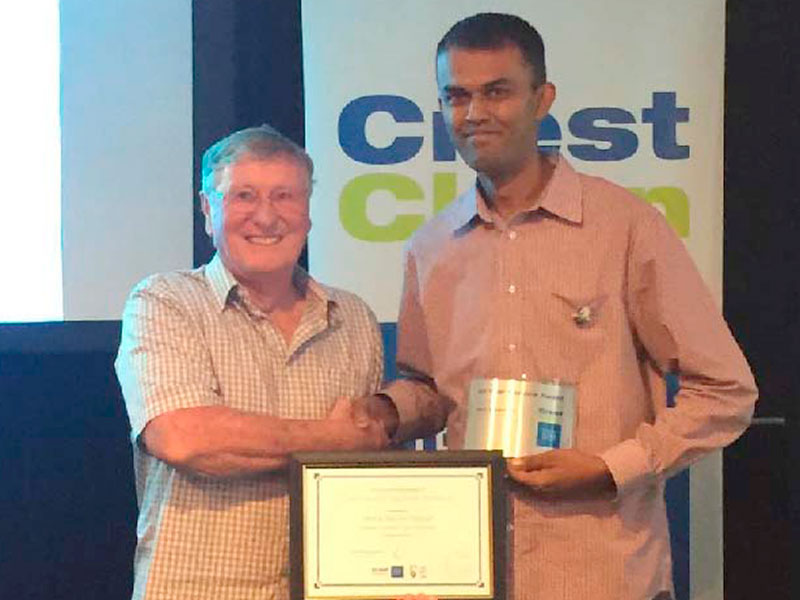 Neil was presented with a framed certificate and a glass plaque to mark the occasion at the 2016 CrestClean Masters Conference.

“We made the right decision 10 years ago to join Crest. We have no regrets and we are so proud to be associated with Crest,” he says.

Neil and his wife Rachel look after two of Crest’s 27 regions – North Harbour and Whangarei.

“I had no intention to do cleaning 10 years ago. We purchased a Crest franchise in the Auckland Central region with a small GTO then increased it,” he says. “I realised that we had more flexibility while we were cleaning, we earned a better income and Rachel and I were, for most of the time, cleaning and working together.”

Prior to Crest, Neil was a computer numerical machine operator – a machine that is used to cut modern kitchen doors.

“Since I have been with Crest, I have seen the company grow considerably. There have been a number of changes – the introduction of industry training has been one of the biggest. I have seen the Crest family expand throughout New Zealand,” he says.

For Neil, the support he receives through Crest management is one of many things he is grateful to the company for.

“Chairman of Directors Marty Perkinson has been like a father to me, guiding and mentoring me through difficult times. Auckland Central Regional Manager Dries Mangnus has also been very supportive. Everyone at Crest is so caring. It’s not just a company, you feel like you are part of a family.”