About 50 eager parents and junior rugby players turned out to learn skills and drills as part of the CrestClean LeslieRugby Junior Rugby Coaching Programme in Kerikeri.

Held at the Kerikeri Domain on March 17, the session was one of 11 that have been held so far this month. 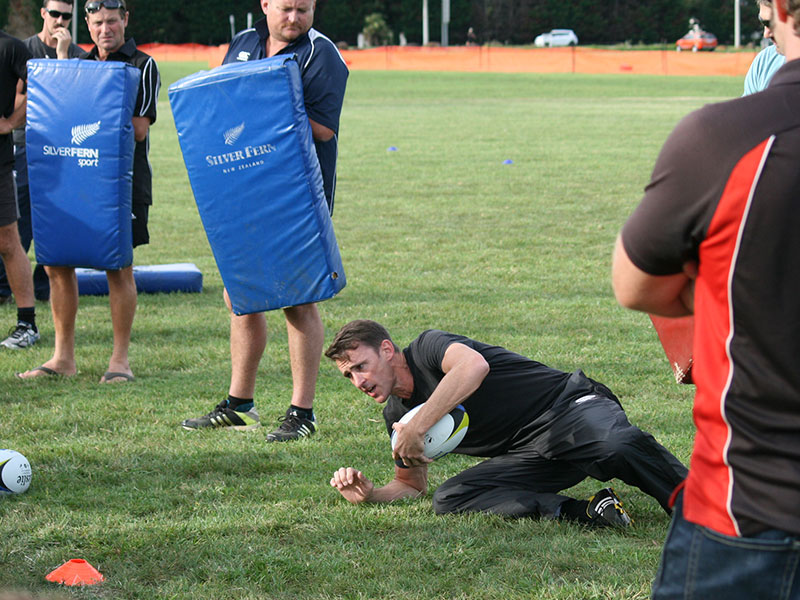 John Leslie shows kids and parents the correct way of carrying out skills and drills.

Kerikeri Franchise owner Brian Moffat says it was a “short, sharp intense session that everyone got something out of”.

“It was very hands on. Parents were holding the tackle bags and they got involved. They were intent on listening to what John had to say,” he says. “It was fun.”

John Leslie says the sessions that have been held so far have been well received.

“They have gone really well. Often parents have come to drop their kids off but have ended up staying because they have found the content compelling and they’ve really enjoyed watching the coaching session,” he says. “There’s been a lot of positive feedback from parents.”