Pilot winging over the Bay 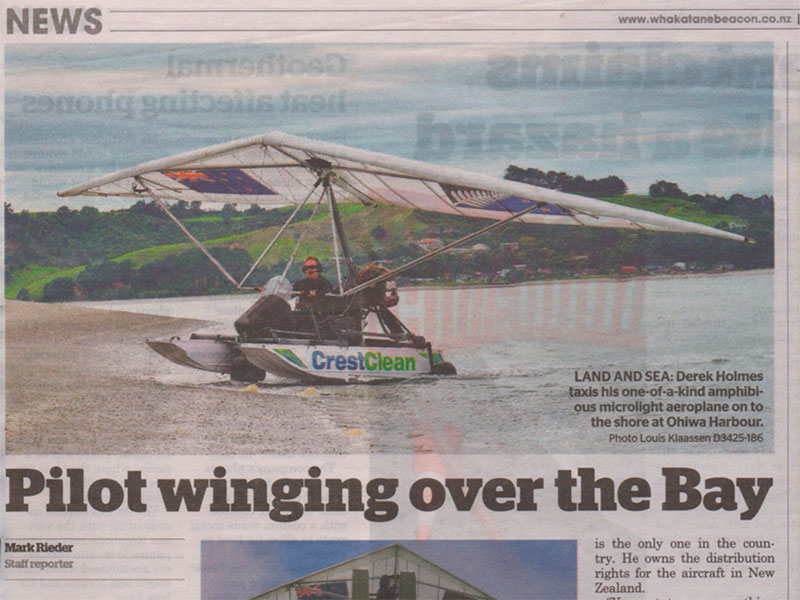 The CrestClean Amphibious Microlight was featured in Whakatane-based newspaper The Beacon.

The CrestClean Amphibious Microlight has been featured in the Whakatane-based newsaper The Beacon and Bay of Plenty Times.

Both articles highlighted the uniqueness of the aircraft and in recognition of the historic change facing New Zealand, Mr Holmes has displayed the current New Zealand flag and the proposed fern design on each of the plane’s wings.

“It is a historic time for New Zealand and it is important to recognise that,” he says. “Canada went through it almost 50 years ago. It gives people a visual of both flags and it creates a talking point.”

The aircraft has a four-stroke motor and can travel at a speed of 80km/h.