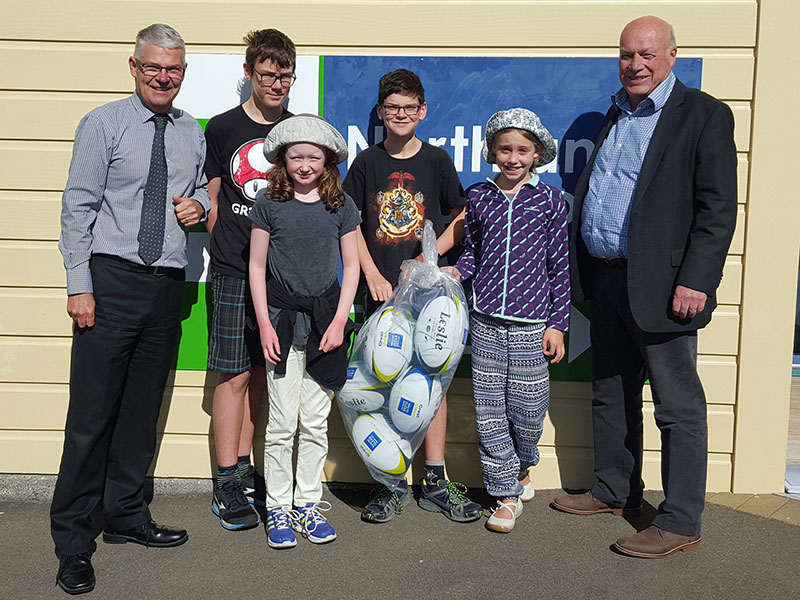 Northland School principal Jeremy Edwards was pleased he won a set of rugby balls. He is pictured with Wellington Regional Manager Richard Brodie.

Three lucky principals are thrilled they won a set of rugby balls for their school after they attended the Wellington Primary Principal’s Association Conference.

As part of CrestClean’s stand, 126 principals entered the draw to win a set of nine rugby balls for their school. 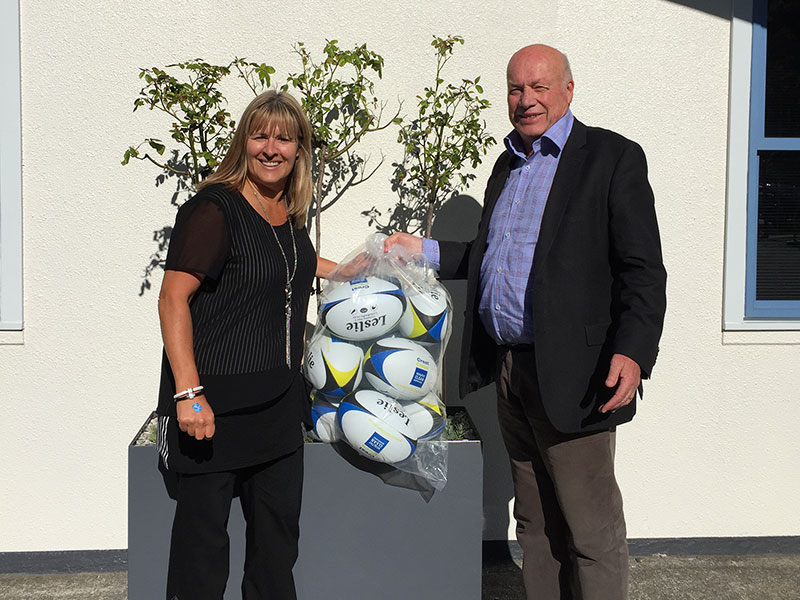 “They were all really happy to receive them and so were the pupils,” he says. “The pupils wanted to start using them straight away.”