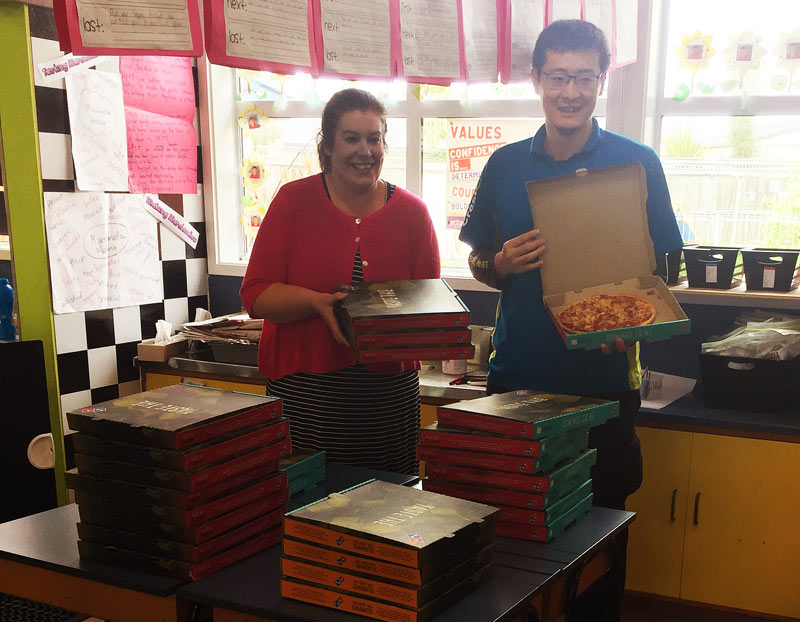 Kids who were a class act in keeping their school surroundings spic and span had a sizzling surprise when CrestClean’s Leo Lee dropped in.

Leo arrived laden with boxes of pizza as a reward for the diligent youngsters at South Hornby School.

“All the students were surprised with the pizzas they earned this term. I was told all the students will keep their classrooms clean so they can win the competition next time,” added Kiri.

CrestClean’s Cleanest Classroom competitions are held at many of the schools that are cleaned by Crest franchisees. The classroom that is kept the cleanest in the school is awarded a certificate and a prize at the end of the term.

Kiri said Leo was a “fantastic’’ franchisee and was a very hard worker. “He has a great relationship with the school’s caretaker and will phone him regularly to ask what needs doing that day.

“Leo really cares about his customers and wants to do the best he can for them, which is awesome.”