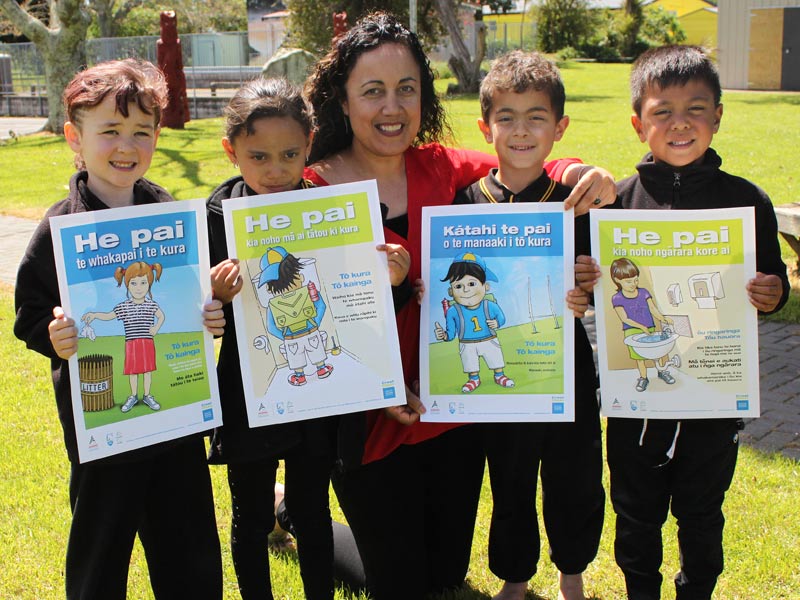 CrestClean’s newly-launched school posters in Te Reo Maori are proving a runaway hit with kids and teachers.
So popular in fact that just weeks after being unveiled at the Te Akatea New Zealand Maori Principals’ Association Conference in Rotorua, demand for the colourful A3-sized posters has seen CrestClean ordering a second print run.
And the association’s president has praised Crest, saying the posters were “invaluable” for helping to promote the Maori language.
Teachers at Tauranga’s Te Kura o Matapihi School were delighted to receive new poster packs. School Tumuaki Tui Rolleston said the posters not only taught youngsters good hygiene habits, they were also proving to be a valuable teaching asset in the classroom. 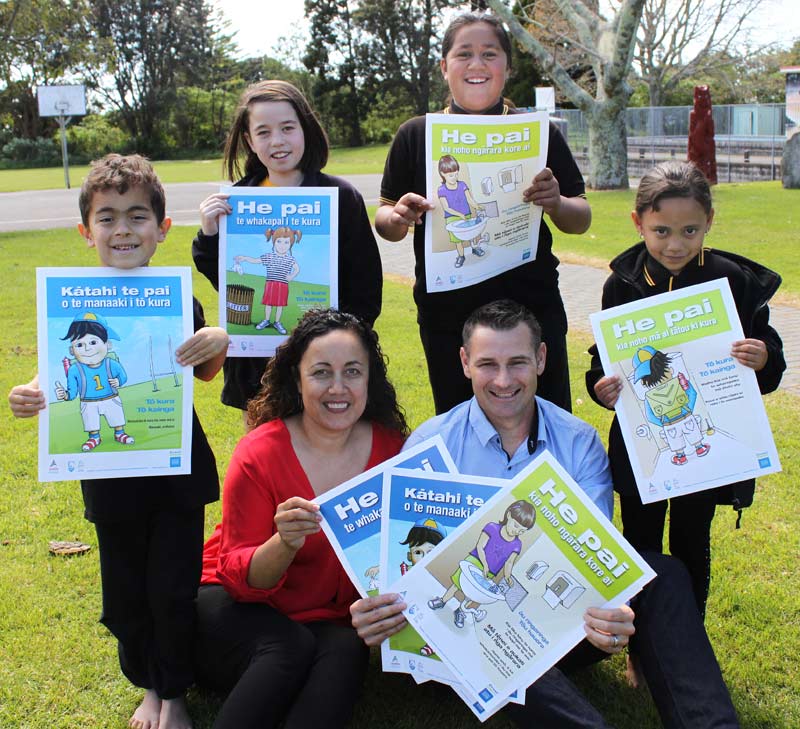 It wasn’t always easy to get good teaching material specifically in Te Reo Maori, she said.
“It’s great to have new resources in Maori. When you’re trying to get the kids to continue with Te Reo sometimes there’s not the resources to be able to do it.
“Crest is actually stepping up and having a go and giving us the resources.”
It was a first to get specific posters in Te Reo highlighting the washing of hands and other good hygiene practices, she added.
“We haven’t had these in the past. They have always been in English and we’ve had to make them ourselves but we don’t always have the time.
“These posters are professionally done and they look really good.”
The Te Reo posters were the brainchild of CrestClean’s Chairman of Directors, Marty Perkinson. Marty has a long and close association with Te Tira Hou Marae, in Panmure, Auckland, spanning 45 years.
Two years ago he was asked to give a presentation at the Te Akatea Maori Principals’ Association Conference. Afterwards he was asked why Crest’s popular school posters were only in English.
“Someone raised the issue of why we didn’t have the posters in the Maori language. I took this up as a challenge.
“We then got the posters translated by key people in the Maori Principals’ Association.
“At this year’s conference in Rotorua I was able to announce we had now made these posters available free to anyone who would want them.
“The response was exceedingly good. Some schools took 10 packs of posters.”
Marty is delighted the posters are proving popular and also helping to drive home a green message.
“There’s a lot of good training done these days with young people in terms of the environment.
“And that’s where it starts. Once you get young children educated into being tidy and environmentally sensible they become the ones who will carry on these standards to their own children.”
He added: “The posters are good in English and they are just as good in the Maori language. They all have messages. It makes people proud of their school and it also displays the Crest brand.”

“Take credit for the fact that you’ve come in to support an organisation that’s working incredibly hard to realise the Government’s intention for Maori education,” said Hoana.

“Not only are you helping our organisation but you are actually helping to recognise the nation’s strategy for improving the wellbeing of us all, regardless of whether we are Maori or Pakeha.

“When you produce something of high quality that has Te Reo on it, it takes on a whole new meaning. It validates the language and says the language is worthy of beauty.

“For years, many of us in Maori education have been hand drawing and photocopying our resources. To see things that are beautiful and produced in colour for our kids and our communities really validates the beauty of Te Reo and of them.”

Contact us to order packs of free posters for your school 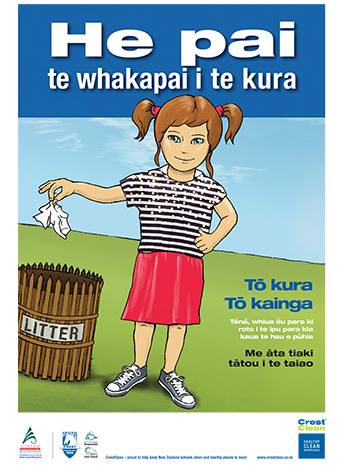 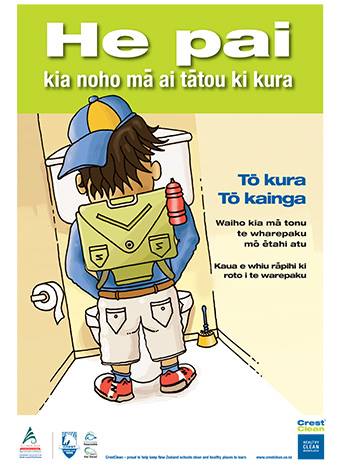 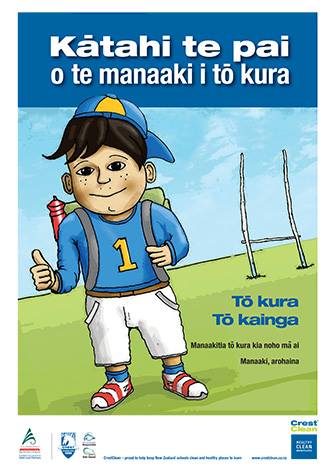 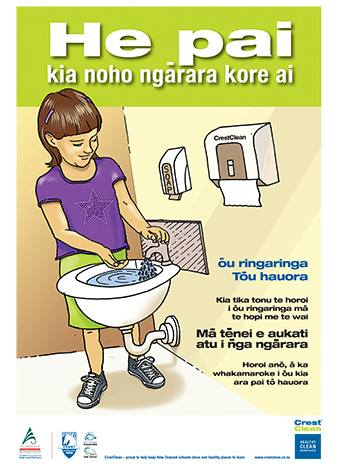