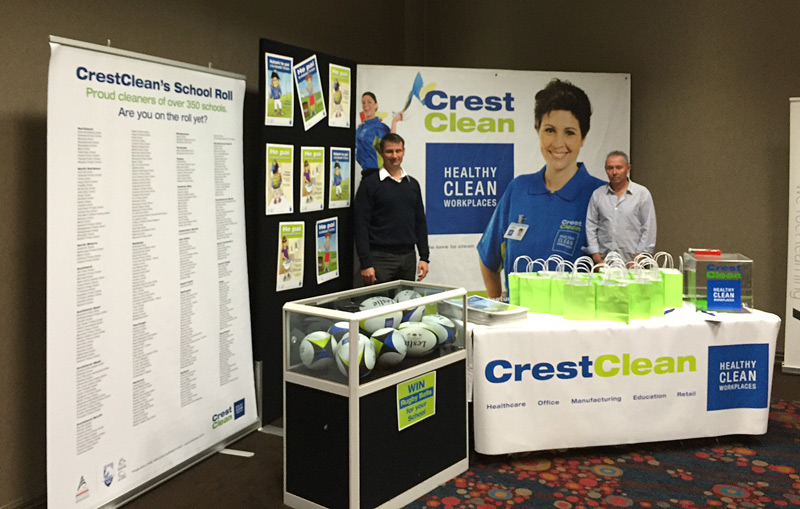 New services offered by CrestClean triggered a flood of enquires at the Te Akatea Maori Principals’ Conference in Rotorua.

Crest’s Rotorua Regional Manager Bill Douglas said there had been a lot of interest in Property Caretaking and Pure Water Window Cleaning.

“People wanted to know what sorts of service we can offer apart from cleaning.”

Bill said the CrestClean display at the conference also proved popular. It gave CrestClean personnel the chance to explain the company’s wide range of services.

“A lot of schools just can’t afford to have a cleaner five days a week. Some country schools have small budgets.

“We can offer them options, such as cleaning on alternate days or we could just come in for a term clean.”

Also helping to man the CrestClean stand at the conference was Waikato Regional Manager Nivitesh Kumar. He said Crest’s new school posters in Te Reo that were launched at the event went like hot cakes.

“The principals loved the posters. They said it was a good way to get children to take notice of hygiene.

“We had about 20 schools asking for packs of the posters. This is such a great way for Crest to get involved with schools to help promote the Maori language.”

“We were the only cleaning company to be represented and the feedback was really positive.” 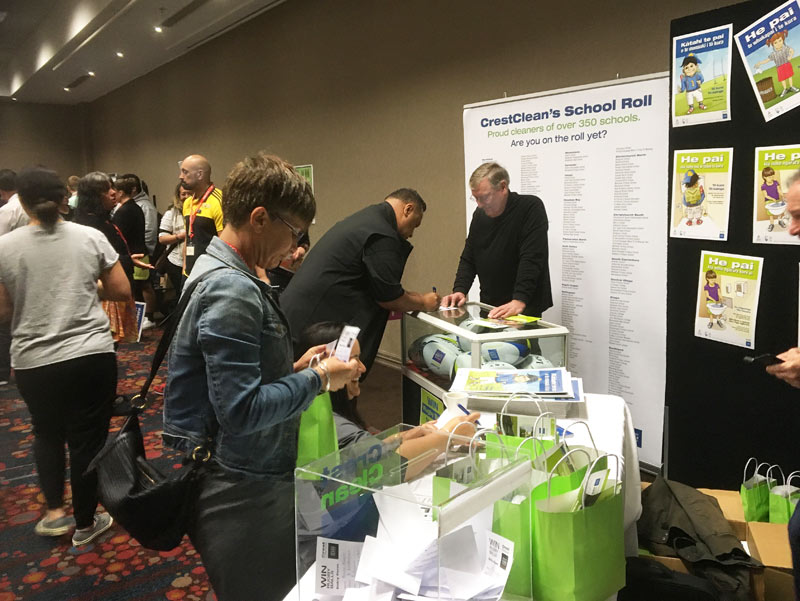 The CrestClean stand was buzzing at the Te Akatea Maori Principals Conference in Rotorua.