It’s more than a job for Crest’s Regional Manager 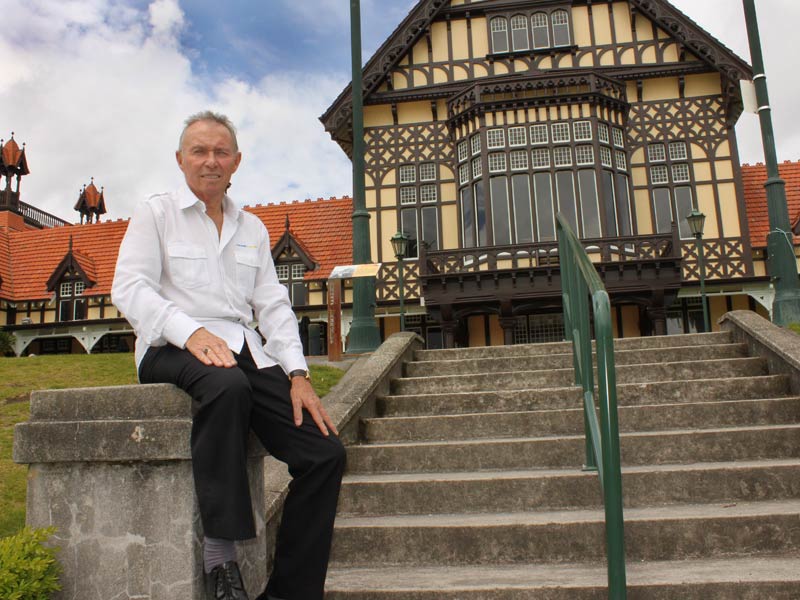 His cell phone is running hot as Bill Douglas tucks into a plate of salad at one of Rotorua’s city centre eateries.

As Crest’s Regional Manager for Rotorua, Whakatane and Taupo, Bill is a busy man and keeping in touch with his franchisees and Crest’s customers is a big part of his day. A flurry of calls and texts can mean lunch is often taken on the hoof.

After 13 years with the company, it’s clear Bill’s enthusiasm and dedication to the job hasn’t dulled and as he’s proud of the business he’s built up in the lively tourist city.

He’s on a healthy-eating regime, conscious his stylish bespoke white shirt, with its Crest insignia emblazoned on the breast, might be getting a tad tight – so he’s watching his diet.

For Bill, Crest feels like his “extended family’’, he says and he enjoys the close working relationship with his franchisees, and he will go out of his way to make sure newbies to Crest settle into the community.

“I’ve got some new franchisees who have just started in Whakatane,” he says.

“They know nobody in the town. Through a contact I have in Whakatane, I arranged for them to go to a letting agency to see about a house to rent,” he adds,
“They also have my home number so if anything should happen they can ring me and I can help.”

Bill knows what it’s like to be a new franchisee and he remembers when he joined Crest, following a stressful time after the trucking business he owned went bust. Buying a Crest franchise was the “best thing I’ve done” and totally changed his life, he says.

At the time he looked into a Crest franchise he was cutting lawns after purchasing a small lawn mowing franchise – but it was hard work for little financial return, he recalls.
“Lawn mowing was more stressful than running the trucks.”

A friend told him about Crest and suggested he check out getting a Crest franchise.

Within three years of buying a franchise, Bill’s business had grown fourfold as he picked up more customers and Crest’s reputation for high-quality cleaning and good service in the region grew.
He fondly recalls his early days with Crest as the company expanded its business in regional areas of New Zealand.

“I remember going out to a customer to do a strip and polish. I’d never done it in my life before. I had to get on the phone to someone to ask what I should do next.
“That was 13 years ago and so much has changed in the cleaning industry since then.”

But for Bill it’s the personal touch he particularly enjoys and helping franchisees where he can.

He steers families in the direction of people he knows in Rotorua when they want to buy a home.

“I have arrange for them to see solicitors. I also take them to see my bank manager as he knows how Crest works backwards and we try to get loans through there. I do what I can do for them.”
When a franchisee’s parents arrived for a visit from India they already knew about Bill and the help he’d given to the family.

“They knew all about us when they were in India” said Bill. “When they got here they wanted to take us out for lunch.

“At lunch we couldn’t really understand each other because of the language issue but there was an understanding there.
It was lovely. Even now they still ask after me,” he added.

Although he’s risen through the ranks at Crest and is a Master Franchisee, Bill, who left school at 15 with no qualifications, still rolls up his sleeves when needed.
“I learned from the ground up. I still go out cleaning when I have to and it can often be at weekends,” he said.

“I’ve recently been cleaning in Whakatane because we are short of franchisees.

“If you get in and do some of the cleaning work the franchisees really respect you for helping out,” added Bill who is also CrestClean’s Hard Floor Care Trainer in Rotorua.