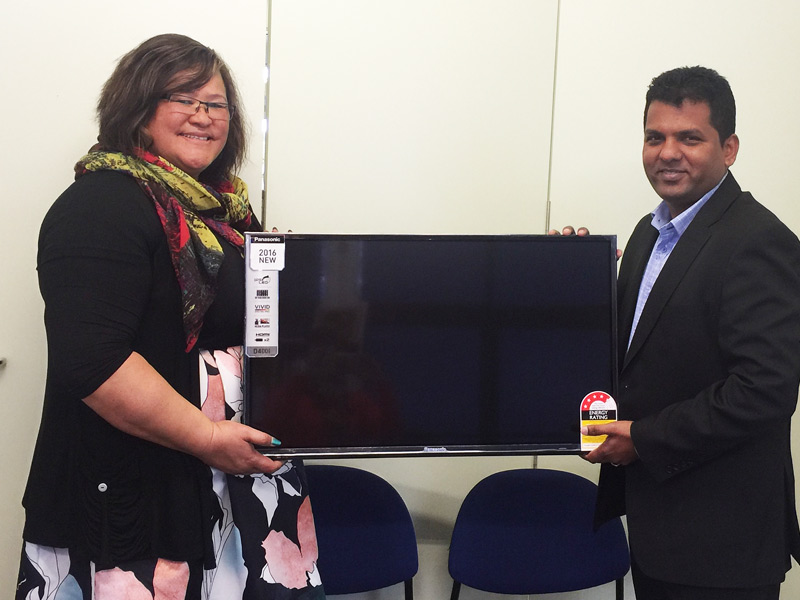 For under his arm was tucked a brand new television. It was won by Homai Primary School’s Principal Rosina Wikaira.

She had entered a prize draw at the New Zealand Principals’ Federation Conference held at Auckland’s Sky City.

“Rosina was speechless when I turned up at the school with the TV,” said Vicky.

“She couldn’t believe that she was the winner.”

CrestClean is a Gold Partner of the New Zealand Principals’ Federation, and is proud to support the hardworking principals from all over the country.

“We’re a big supporter of principals,’’ said Viky. “They are challenged each day by the issues around them and we think it’s great to help them with resources and sponsorship of NZPF.”

Karen McMurray, winner of the rugby balls during the NZPF annual conference, receives her prize from Crest’s Viky Narayan.