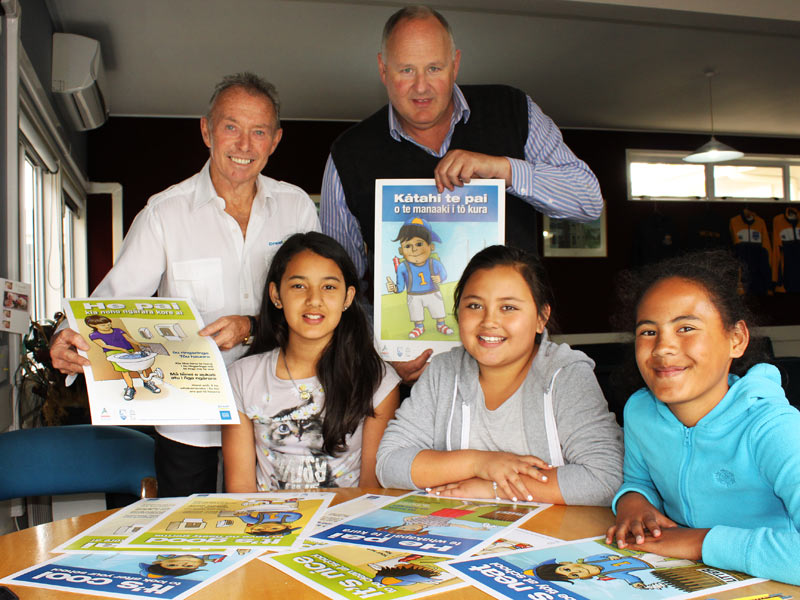 Within hours of packs of the colourful posters being dropped off by Crest’s Rotorua Regional Manager Bill Douglas, office staff were busy laminating the posters.

For not only are the posters providing a friendly and fun reminder to children over hygiene and tidiness issues, they are also being used as a teaching aid.

School Principal Peter Barker was so impressed with the posters he has plans to use them as a focal point for assembly as they contained important “learning messages”.

“We’ll scan a couple of these posters, and roll them out for assembly on a Monday. We’ll throw them up on a screen and have a bit of chat together,” he said.

Peter said the school had 83 percent Maori on its student role and having an extra resource in Te Reo was invaluable.

“We have a commitment to all things Maori, particularly signage with both languages.

“When you look at this material from Crest that talks about keeping our school tidy, protecting it and respecting it, it fits well with our kaupapa here at school.”

Peter believed the posters would strike a chord with youngsters.

“They are not something your grandmother would typically look at. They are pitched at 21st century kids, with the characterisation of the hat on backwards, pants around the bottom of the backside, these images are in keeping with kids of today.

“Anything new our kids will want to know all about it. Kids will stop and look at these images.”

He said it was often a real “battle” for schools to get good resources in Te Reo Maori.
“This is a resource we can use that our teachers aren’t having to make or having to go and find.

“It’s good that Crest has jumped on board and is giving something back to schools. The fact they have put some resources back into schools is really good.”
Contact us to order packs of free posters for your school 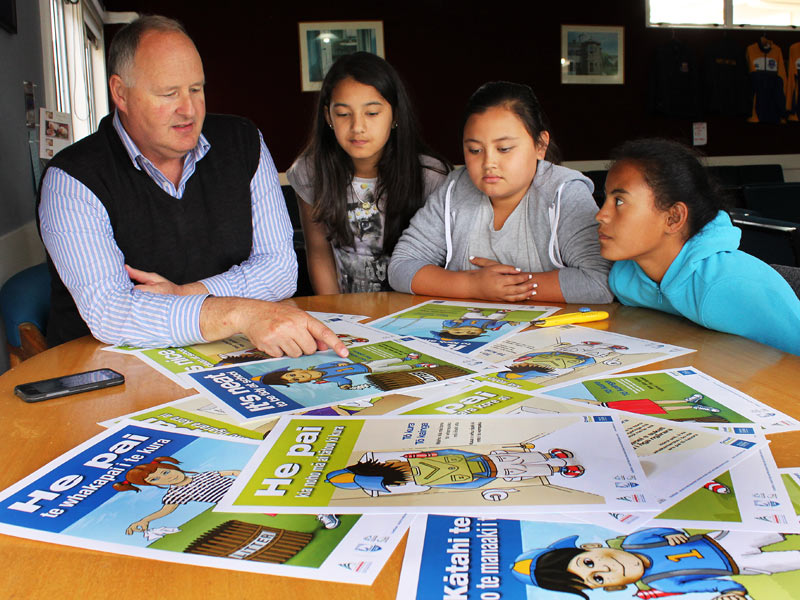