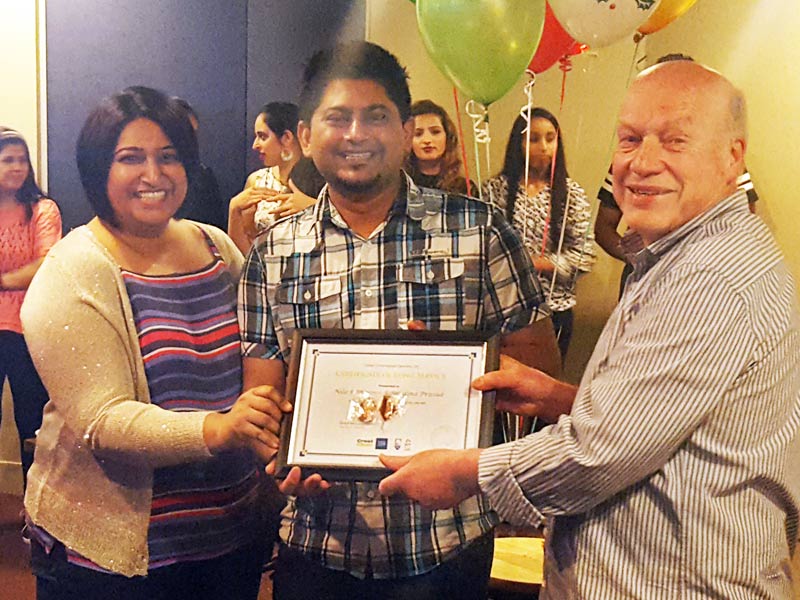 It was game-on for Wellington franchisees when they let their hair down for the annual Christmas party.

This year the venue for the combined Wellington and Hutt Valley festive get together was Strike Entertainment Centre in Lower Hutt. The event proved popular and nearly100 people attended.

As well as a catch up, there was a chance to test their skills at bowling and laser strike and work up an appetite for some festive eats.
Richard Brodie, Crest’s Wellington Regional Manager, said the teams enjoyed the chance to catch-up and reflect on what has been a very solid year for the company in New Zealand’s capital city.

As well as a spread of delicious food, there was an added sweet treat in the form of a special cake to celebrate CrestClean’s 20th anniversary.

“Everyone had a chance to fine tune their bowling skills, with a few people getting very competitive!”

Richard said the event was also a time to reflect on the achievements of the past 12 months.

“Since the 2015 Christmas party, another 12 teams have joined Crest in our two regions and the opportunity for these newer teams to talk to the long-serving Crest teams was taken full advantage of.”

“This has been a great year for CrestClean Wellington and Hutt Valley,” he said.

“The teams’ commitment and dedication to our customers is outstanding and the pride and energy they apply to their work is impressive. We are looking forward to 2017!”

During the presentation of awards, franchisees Dhiraj and Grijeshni Sharan received their five-year Long Service Award.

“They do a very good job,” added Philip. “Grijeshni has sisters and cousins who also work for Crest.”

Also honoured were Sunaina and Nilesh, who were presented with a three-year Long Service Award.

Philip said they were fantastic franchisees. “They are very proactive in talking to their clients and are just great at their job.”

And it was a family affair for the Bhatt family at the party as Kapil and Preeti Bhatt proudly received a three-year Long Service Award.

“Kapil Bhatt has just had his first child, using Crest to balance his work/life and his brother Mayuresh has just joined Crest,” said Philip. 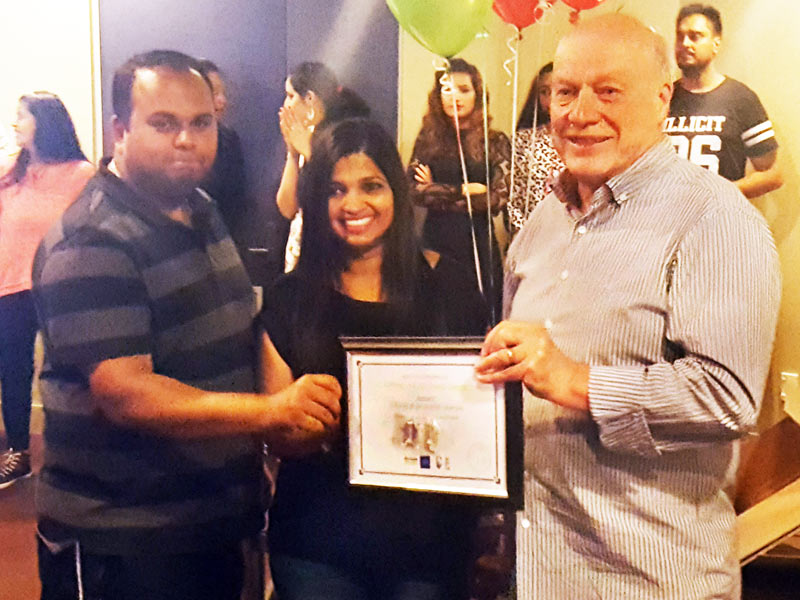 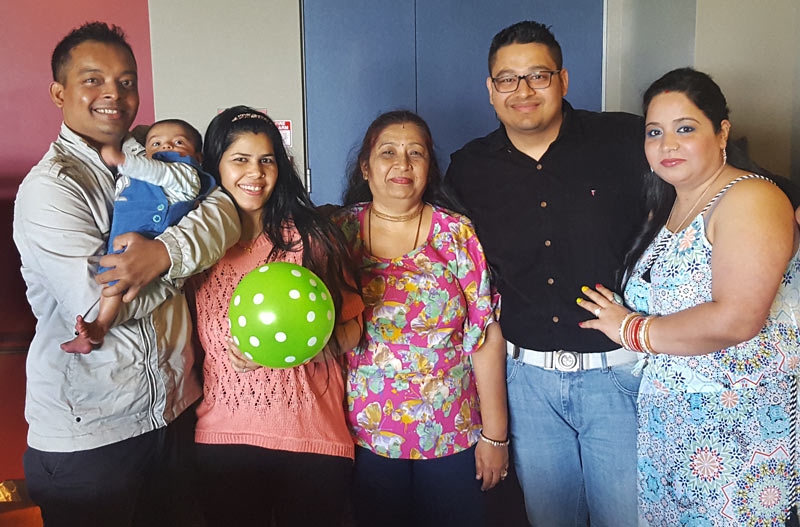 Party time as Richard Brodie chats to franchisees at the Christmas party.