He’s a polished performer at those sweeping turns 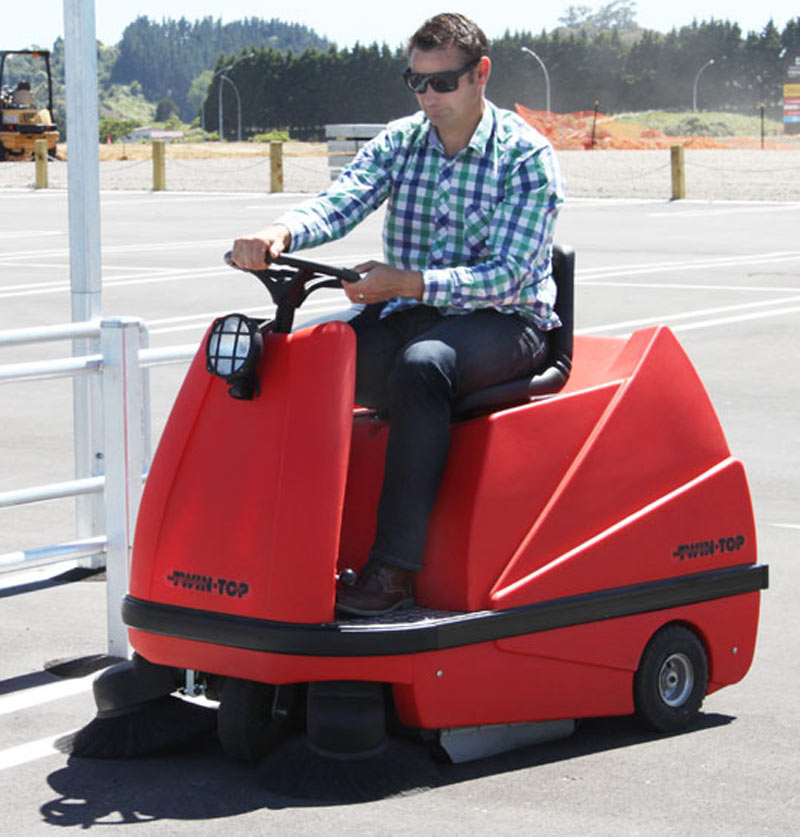 Jan Lichtwark’s a picture of concentration on his test drive.

Jan Lichtwark’s more at home behind the wheel of his beloved Holden Colorado with the powerful grunt of a 2.8 turbo motor under the bonnet and its sleek lines oozing style and sophistication.

But Crest’s Tauranga Regional Manager was happy to drop down a gear and swap seats to take the wheel of a battery-powered sweeper for a sedate spin during a demo day of new cleaning equipment.

And it was his sweeping turns that particularly impressed Tauranga franchisees looking on as Jan put the pedal to the metal aboard the Twintop 1100 sweeper, which retails at $24,000.

What the battery-powered machine might have lacked in speed was more than made up by its phenomenal ability to collect dirt and debris, thanks to the efficiency of its two large revolving brushes.

The event was held in the carpark of Tauranga Crossing, the city’s newest shopping centre that features four major high street brands and more than 20 speciality stores at the fast-growing Lakes subdivision at Tauriko. 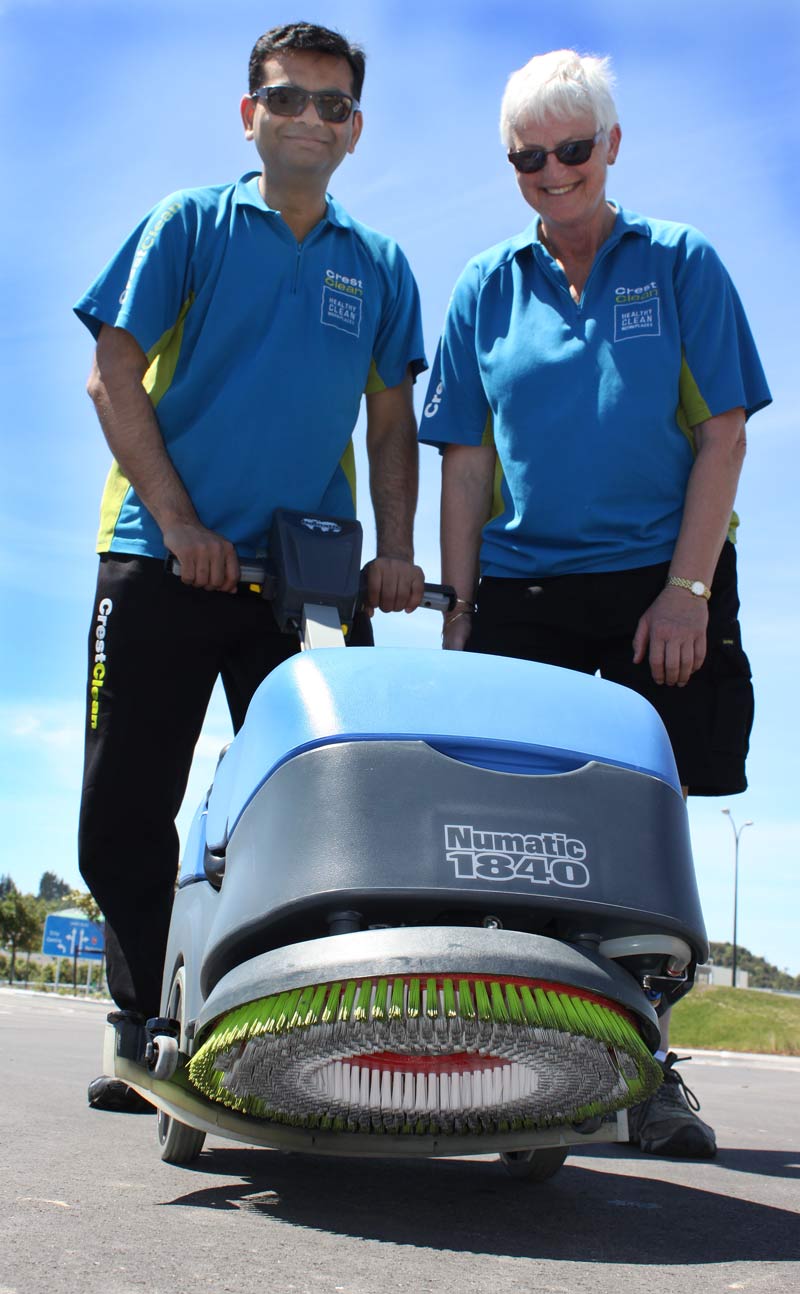 Crest has just won the contract to look after outdoor areas at the new centre and to service the public toilets.

After “road testing” the Twintop 1100, Jan was suitably impressed and he placed an order for a machine. He was swayed by its ability to pick up small stones and other debris and said the sweeper would make short work of keeping the outdoor areas at the Crossing’s carpark clean.

“It’s really manoeuvrable so you can get into right close to the corners,” he added.

“It is particularly good from a health and safety aspect in situations where you might get small pieces of glass in a carpark that can get scattered around and are hard to spot.”

Franchisees also had the chance to get a hands-on look at some of the latest floor cleaners and polishers.

“The franchisees got a lot out of the event. It was good for them to see what is available. It gives them an idea of the technology that is being used in the new floor cleaners,” said Jan.

“It’s important for them to invest in good equipment so we can maintain the high levels of service our customers have come to expect.” 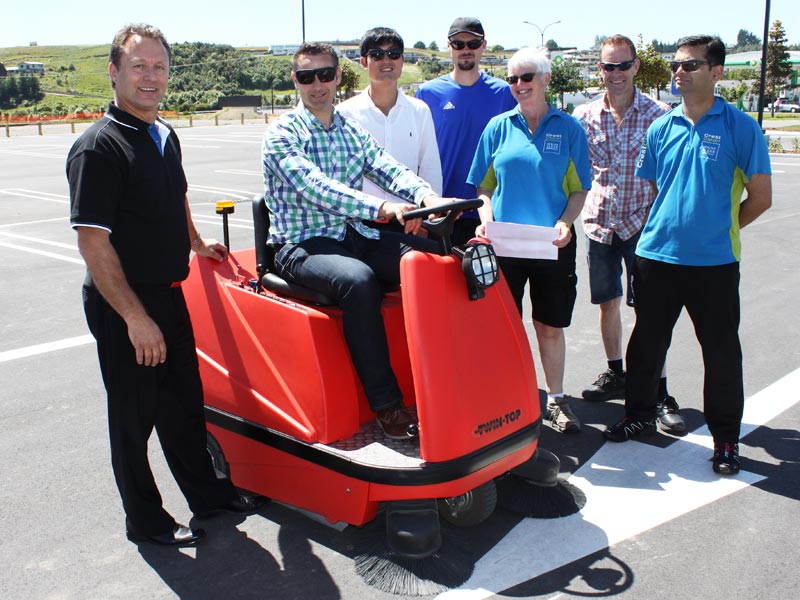 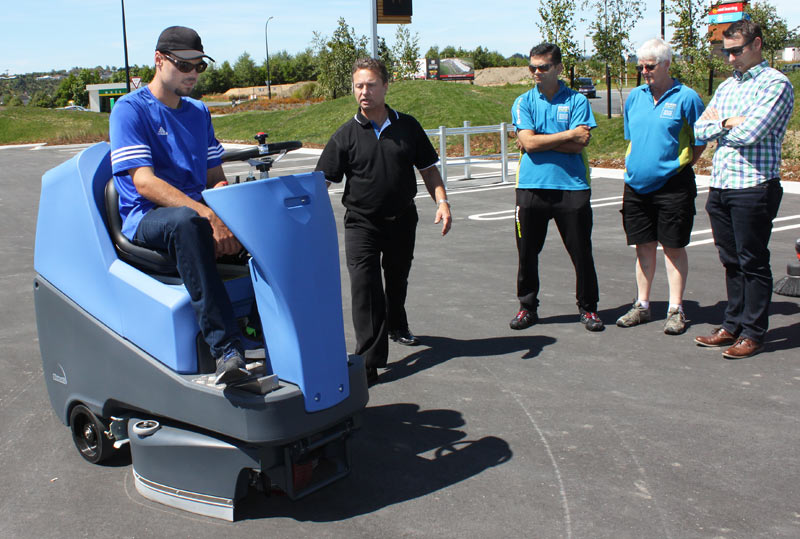 Tauranga franchisee Reiner Pretorius takes a sweeper for a spin at the demo day.