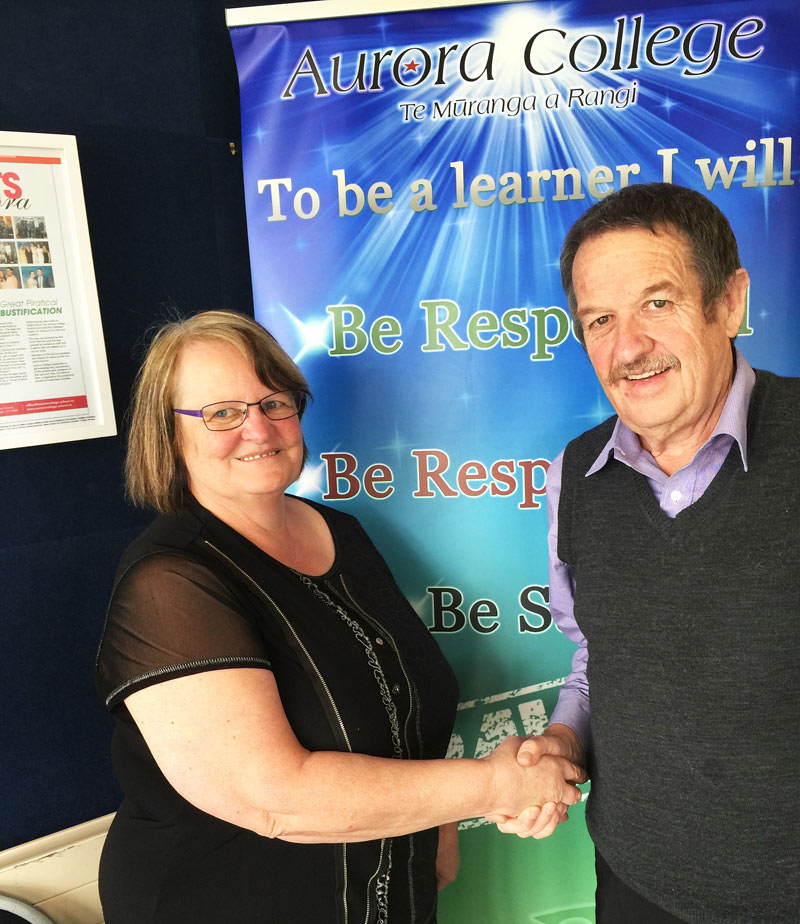 Schools are close to the heart of Crest’s Invercargill Regional Manager Glenn Cockroft.

He’s proud that Crest now holds the majority of cleaning contracts for all the schools in the area. And it’s a major achievement for Glenn and a further endorsement for Crest’s reputation as a cleaning company that sets the bar high in terms of quality and excellent service.

In December Aurora College, a year 7 to 13 Secondary school in Invercargill, was the latest school to take CrestClean on to provide its cleaning services.

Before he joined Crest, Glenn worked for the New Zealand Police for many years and as part of his role he visited all the country’s 2,500 schools in 10 months helping to put road safety resources into schools.

He has worked hard to establish close relationships with local schools in the six years he has been with Crest looking after the Invercargill area.

“I enjoy seeing that Crest as a company is able to assist in providing a safe and healthy environment for our young people to grow up in within the schools,” he said.

“Windsor North School confirmed acceptance of our quotation at their recent board meeting and we will commence cleaning of that school along with Invercargill Middle School shortly,” added Glenn.

“It’s been a great year and 2017 is also looking to be another successful year.”