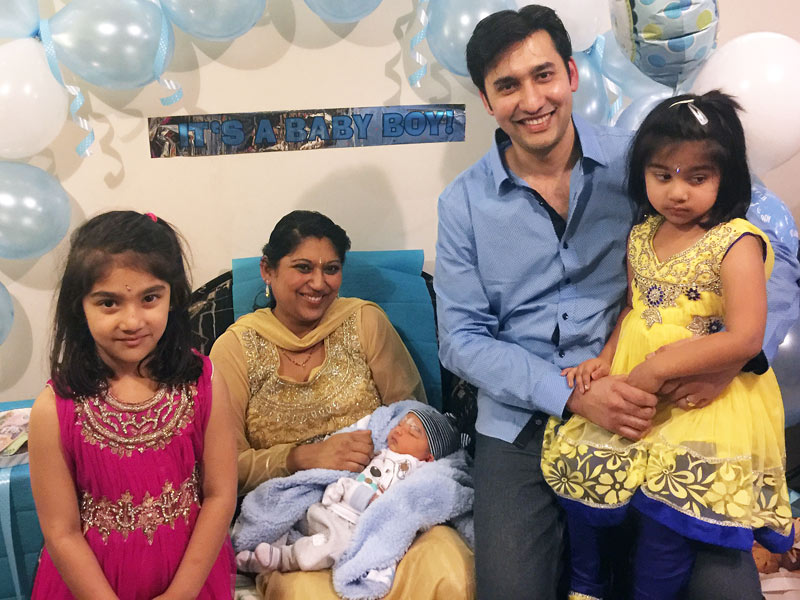 Ashneer and Durgeshni Datt with baby boy Daksh and their daughters Mahi and Adhira.

Diversity is certainly the name of the game with Crest’s franchisees representing more than 30 individual nationalities.

And that richness in culture particularly resonates with Crest’s Invercargill Regional Manager Glenn Cockroft, who enjoys the close working relationships with his franchisees and said Crest truly felt like a “league of all nations’’.

The Invercargill region has a strong presence of franchisees originally from overseas.

Many have arrived in Southland as part of Crest’s Move to the Regions Programme. Crest pays relocation costs to help people move from the country’s main cities to areas where franchisees are needed.

“One of the great things about Crest is the total diversity of the people and the numerous cultures that make up the franchisee teams here in Southland,” added Glenn.

“Being involved with Crest and all its people gives you a number of different experiences that perhaps you otherwise might not have.”

Glenn said Crest in Southland was “one big happy family”. Glenn felt very privileged and honoured when he recently attended a traditional Chhati ceremony. It was held for a baby boy and he was invited by proud parents Ashneer and Durgeshni Datt, who have been Crest franchisees in Invercargill since 2011.

The Chhatti ceremony is a celebration of the first six days of a baby’s life and is the first of the rituals after the baby’s homecoming.

“It is the first formal announcement of the birth to the relatives and the neighbourhood. The basic idea of Chhati is to get the baby and the mother inducted properly in the household after the new born comes home for the first time,” said Glenn.

“The family get together and celebrate the arrival of the new born, wishing him and the parents’ family well and good luck in their life ahead.”

For the ritual, the baby is put in a new set of clothes given by the baby’s aunt, and the ceremony is then followed by a special meal for all of the family.

Glenn said he was indeed honoured to have himself and his wife Brenda included as part of the Datt family.