Southland Filipino Society has honoured CrestClean’s Filipino franchisees by presenting them with Certificates of Achievement.

The presentation was made at the organisation’s annual end-of-year function, which was attended by Crest’s Southland Regional Manager Glenn Cockroft.

The certificates were to recognise the successes achieved by the large number of Filipino people who are running CrestClean businesses in Southland.

Glenn said he felt very honoured to be invited to attend the event and to be part of the presentation process.

The certificates, which acknowledged individual successes and the spin offs for the community, said: “For their attainment of The Franchisee status – with Crest Commercial Cleaning (CrestClean) – showcasing the capability in competing globally in the Service Industry, thus uplifting the Filipino status in Southland.”

Glenn was also given the opportunity to speak at the association’s meeting. He took the chance to praise the Filipino franchisees for the “fantastic work ethic, and dedication that they all have”.

Crest in Southland has gone through a large growth in the six years he has been with the company, he added. He said 2012 was the year that the first Filipino franchisee joined Crest in Invercargill.

“Since then the word has spread and many Filipino nationals have seen the potential of owning their own business with Crest.

“They have purchased a franchise with us, and in turn they are building a substantial business with other family members and friends.”

Many of the franchisees have increased the value of their business as time has gone by. Glenn said he had gained the personal satisfaction of being able to assist many of them through the process of purchasing their own home in Southland.

“Today Crest in Southland has a large number of franchises being operated in the area, 22 of which are owned by Filipino people.

“Many are operated by the whole family, some are the husband and wife, with some that are employing other Filipino people as well.”

Glen said there are 59 Filipino people engaged as part of Filipino-owned CrestClean franchises in Southland.
Southland is an area being promoted by CrestClean’s Move to the Regions Programme.

The programme provides people who would like to own their own business with an opportunity to move outside of Auckland and Wellington.

Southland offers a great outdoor lifestyle where homes are “affordable” compared with many metropolitan areas of New Zealand. 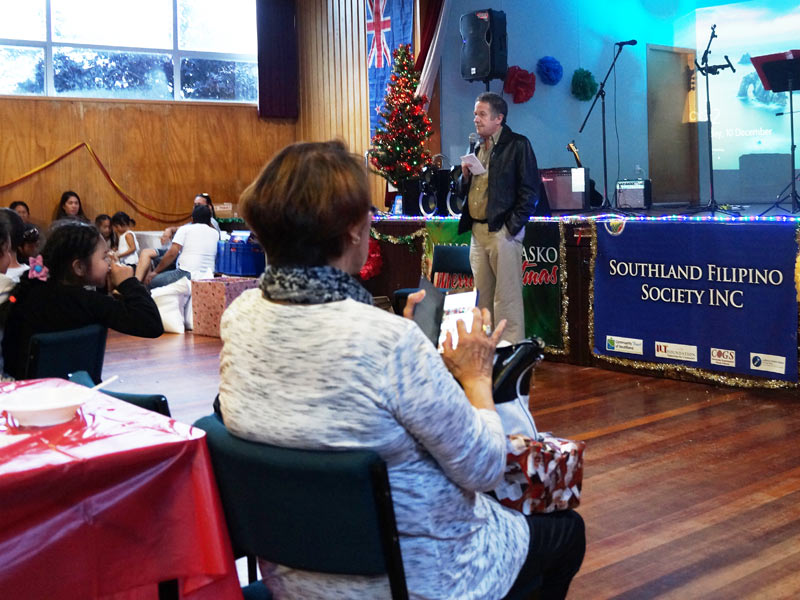 Glenn Cockroft addresses the gathering at the end-of-year function for the Southland Filipino Society.