From freezing worker to business owner 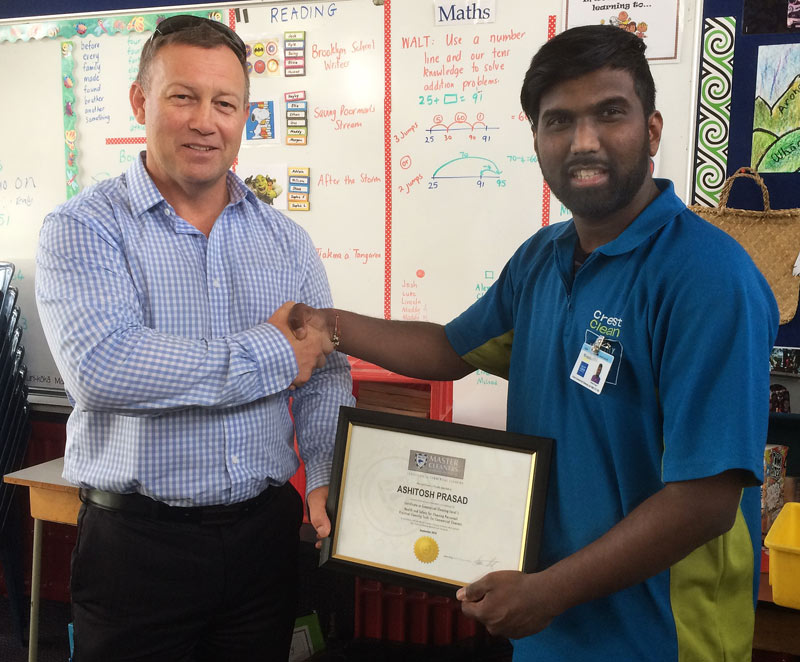 The daily toil of his job at the local freezing works meant Ashitosh Prasad had to put a dream of owning his own business on ice.

Long and unsocial hours, often finishing at 2am, meant there was precious little time left for family life and seeing his baby daughter.

But now just six months later Ashitosh’s life has totally changed and he couldn’t be happier. He says it’s all down to his decision to move from Timaru to Ashburton and purchase a Crest franchise.

In the short time he’s been with Crest the 23 year old has doubled the size of his business and has received glowing feedback from customers. And as well as fulfilling his dream of working for himself, Ashitosh and his wife Tia have plans to purchase their first home.

The couple are Crest’s youngest husband and wife franchisees and are shining examples of what can be achieved through hard work.

Ashitosh says it’s thanks to a friend in Auckland that he eventually ended up purchasing a Crest franchise. He was in the City of Sails studying for a business management diploma when he first heard about CrestClean.

“When I was in Auckland my mate had a Crest franchise and I used to stay with him and heard about the cleaning work that he was involved in. I thought ‘I can see my doing this’.”

“Ashitosh has done really well. Just 12 months ago he was working in a freezing works and now he is a proud owner of a successful business.

“He has taken on a lot of extra work and is proactive and his customers are very happy.”

Ashitosh says he loves the lifestyle that he now has as a Crest franchisee.

“When I was working at the freezing works it meant the job didn’t give me much time with my family.

“With Crest you get so much more time to spend with family. Now I can often start my work at 3pm and can be home by 8pm, plus you are getting pretty well paid for the job.”

So what would Ashitosh say to anyone who is considering buying a Crest franchise?

“Don’t hesitate. If you want to own a business and you think it’s just cleaning, actually it’s a lot more than that.

“When you work for yourself you have a passion and you have your own business and you want to do it right and succeed plus you get good money for it.”

Ashitosh didn’t have to think hard when asked what he particularly likes about operating his own business.

“Getting the feedback from my clients saying their office looks amazing. It’s the best feeling that I get.

“We’ve just started a new contract and Rob said the customer had emailed him saying it’s the best clean they’ve ever seen. That’s what I want to hear from my clients every time.”

“A CrestClean franchise teaches you fundamental business and life skills. The earlier you learn and practice these skills the better.

“As the business owner you can put excess profits back into the business to build your equity. This excess equity can be used as part of a deposit for your first home which is something we encourage and support.”

He said age was not a barrier in starting a business and there were many other Crest franchisees like Ashitosh and Tia who were in their 20s and 30s.

“They are just one of many examples of this happening around the country.”

There are many opportunities throughout New Zealand to purchase a Crest franchise. Crest’s Move to the Regions Programme is proving very popular. Crest pays relocation costs to help people move from the country’s main cities to areas where franchisees are needed.