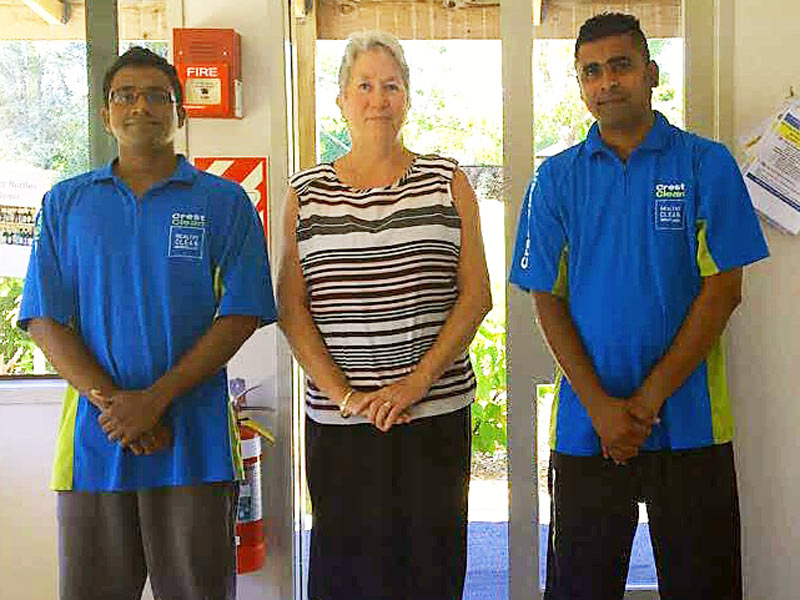 Two mates are the North’s latest shining stars after they quit Auckland’s bright lights for Kerikeri as part of Crest’s Move to the Regions Programme.

Anton Fernando and Anushka Withanage decided to buy a CrestClean franchise in Northland, enticed by the opportunity to set up their own business and enjoy a lifestyle that is the envy of their friends.

The pair had been in Auckland for seven years – but they made the move after seeking an opportunity to set up a business and work for themselves.

“We wanted to go into business together and move somewhere that would have good opportunities,” said Anton.

And since joining Crest the pair have quickly gained a reputation for the quality of their work.

“They have been keen to learn and they listen to advice from myself and other franchisees, and that’s reflected in the great work they are doing.

“The feedback I’m getting is that their customers are really pleased with the quality of their work, especially their willingness to go the extra mile.

“At Plant and Food they polished the floors during the Christmas break. It was not part of the schedule but it was greatly appreciated by the staff.”

Jim said the pair were totally intent on “delivering the right result for the customer”.

“They are really focused on improving themselves as cleaners and business people. I think that’s been their key to success.”

Anton brings a wealth of business experience to his new business role. Before joining CrestClean he worked as a manager for McDonald’s in Auckland for five years.

And Kerikeri ticks all the boxes for lifestyle and income, he said.

“We like the Bay of Islands area. It’s really nice and the community here is great. The people in Kerikeri are just really friendly.”

So what was the attraction of buying a CrestClean franchise?

“We did our research and we found crest has a good history and they look after their franchisees,” said Anton.

“The relationship between the franchisees is really good and there are good policies and procedures and everything is done right. Crest has a solid background.

“I like the fact it’s my business and it’s totally up to me how much I want to earn and how far I want to go. It really gives me the freedom to do my thing and it is not stressful.”

Crest’s Move to the Regions Programme pays relocation costs to help families settle outside of Auckland. It’s a win-win, with families exchanging the fast-paced lifestyle and expensive house prices for a comfortable one with cheaper living and more opportunities. And CrestClean gets much-needed personnel in the smaller regions to service its ever-increasing customer base.

Jim said Kerikeri was tuning into a “mini goldmine” for the region.
“We’ve already got a second franchise team up and running. The turnover in their region has grown 50 percent in less than six months.”

Jim said Northland was unrivalled in terms of lifestyle and home affordability.

“Anyone moving from Auckland to the likes of Kerikeri is going to have a great lifestyle and you’ll get so much more for your dollar property-wise.

“What you’d pay for a mediocre house in Auckland is going to get you a mansion in Kerikeri!” 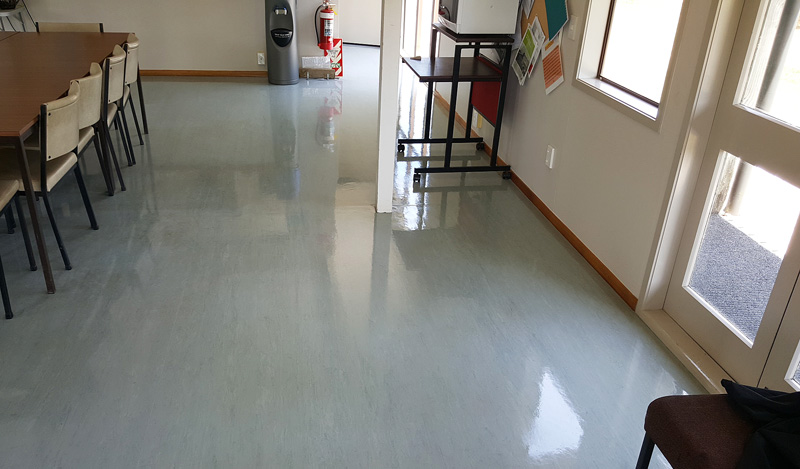 A shining example of Anton and Anushka’s work at Plant and Food Research.