Business takes off after helping hand 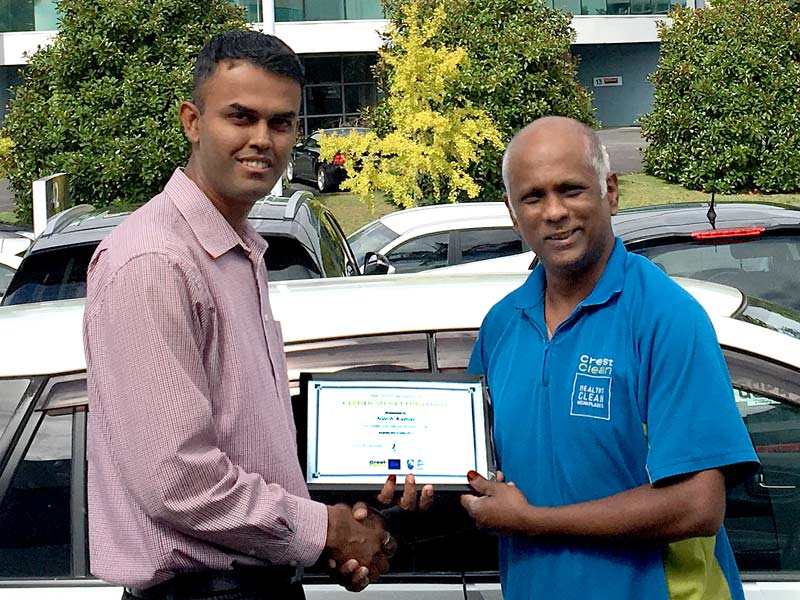 A grateful boss paved the way for success when he gave Ashveen Raju a helping hand to chase his dream.

Ashveen had impressed managers at the Auckland food company where he was in charge of production. His work ethic and loyalty shone – but after eight years at the company he’d set his sights on working for himself.

And when he revealed his plan to start his own cleaning company the managing director offered to lend him the cash – a generous move that enabled Ashveen to buy a CrestClean franchise.

“The managing director was very happy with my work. I told him that I wanted to work for myself.

“He said the company was willing to help me financially and they leant me $20,000. I couldn’t have started my own business without that help.

Ashveen had arrived in New Zealand in 2005 and was the last of his siblings to leave Fiji. He was following his father’s wish to see his children move abroad for a better life.

At first Ashveen stayed with his brother who was living in Auckland. In Fiji he had been working in a food production factory and he soon found similar employment at the North Shore company.

In search of extra work, Ashveen began helping out a friend who owned a CrestClean franchise. By coincidence he bumped into Neil Kumar, CrestClean’s North Harbour Regional Manager. The pair knew each other in Fiji but it had been eight years since they’d last met.

Neil showed him how easy it was to become a small business owner with CrestClean, and Ashveen decided to purchase a small franchise.
And Neil says Ashveen has become a very successful franchisee who has a great attitude to work.

“He started with no money but through the $20,000 loan he was able to have a career in cleaning.”

Ashveen, 42, has built up his business and has gained a reputation for working extra hours and going the extra mile, often at antisocial times of the day, says Neil.

“He’s the guy who never says no to me. He often works early in the morning or late at night.”

“He maintains great contact with his customers and works really hard.”

Ashveen says his life has radically changed since he joined CrestClean, where he has just clocked up his three-year Certificate of Long Service Award.
“I love cleaning and I enjoy seeing my business grow,” he says.

“In the cleaning business the money is there. If you work hard you are going to earn good money. You just need to put in the time.”

But it’s the interaction with his customers that Ashveen particularly enjoys.

“My customers are very good and I like keeping them happy,” he says.

He and his wife Kamini have two young children and are saving to buy their first house. Kamini works part time in a pub but also helps her husband with his cleaning franchise.

And they love living in New Zealand. “Everything is here for my kids. New Zealand is a great place to live,” says Ashveen.