Crest and LeslieRugby a winning team 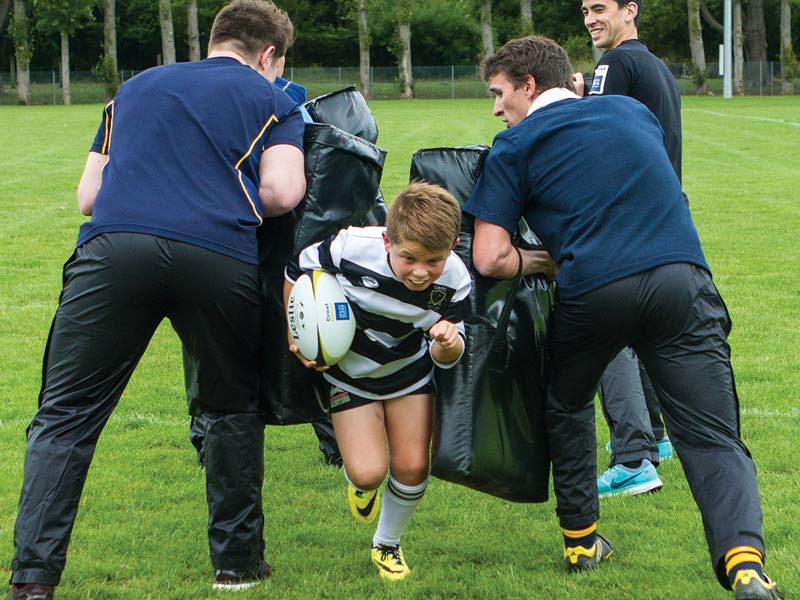 The popular Junior Rugby Coaching book has been completely revamped.

CrestClean is helping to pave the way for the nation’s next generation of rugby superstars.

We’ve once again teamed up with LeslieRugby to lend our support to a well-proven training programme for Junior Rugby in New Zealand.

Our support is now in its fourth season and this year some exciting changes are on the cards.

“We’ve had a lot of feedback and as a result we’ve made some big changes. We’ve added to the book and improved the content and it’s been given a bright new look.

“We’ve put in some coaching games to stimulate the players. It has a lot more content and new photographs.”

And this season LeslieRugby has seen the involvement of some of the country’s top coaches, who have brought their own expertise to the training programme.

Highlanders Coach Tony Brown, a close friend of John, has been acting as an advisor to take the training to a new level.

“He’s been fantastic. He’s given us a whole lot of games and drills they do at professional level,” says John.

“We’ve made them kid-friendly where they need to be, so it’s cutting edge top-end stuff.”

Also drawing on his wealth of rugby experience is Jamie Joseph, a former Highlander Coach, who is also helping to fine tune the training programme.

The programme is aimed at junior rugby coaches and/or parents who are interested in coaching the game. It promotes fundamental skill development and make it easier for junior team coaches to deliver a high value rugby practice.

Coaching sessions are held throughout New Zealand. They are run by John, a former Highlanders and Scotland Captain.

The sessions have proved such a big success that John has found himself in constant demand. To help bring the coaching programme to a wider audience, a new addition to the training programme has just been rolled out.

Via an online service, Junior Coaches can access a brand new free video training series. The videos feature more than 60 drills and games. More details can be found at http://leslierugby.co.nz/

John says the revamped book, plus additional video content, aims to fulfil a growing need among those coaching junior rugby.

“Coaches are looking for the rugby skills and drills and games that are a perfect match for their team.

“The second biggest challenge they have is communicating and getting the message clearly to the kids. They often find it difficult to use their time really smartly to plan the coaching session.

“If these coaches follow our plan they soon find they will be able to coach like a professional – regardless of their rugby background.”

Even if you’ve played years of professional rugby it doesn’t necessarily mean you will be an instant star coach with young players, says John.

“When I first started coaching kids, I was hopeless. I really didn’t know what was going on,” admitted John.

“Even though I had been in rugby all my life and was a professional player and had been coached by the best coaches in the world, I was rubbish.

“Coaching a whole lot of nine year olds is just so different.”

He soon recognised that he was not alone and there were scores of other adults who were also having a tough time of coaching junior players.

The LeslieRugby Programme has been a major success and John has been credited for helping to change the face of grass roots rugby.

And Crest’s ongoing sponsorship has been pivotal, says John.

“Crest has given me the opportunity to pass on what I know to thousands of coaches.

“Without crest I wouldn’t have been able afford it. Crest has given me the chance to deliver, and they’ve been awesome.”

Grant McLauchlan, CrestClean’s Managing Director, said it had been fantastic to support the evolution of LeslieRugby.

“For us as a company it’s great to be giving back to the community. It’s been a delight to see John develop a truly world class programme.”