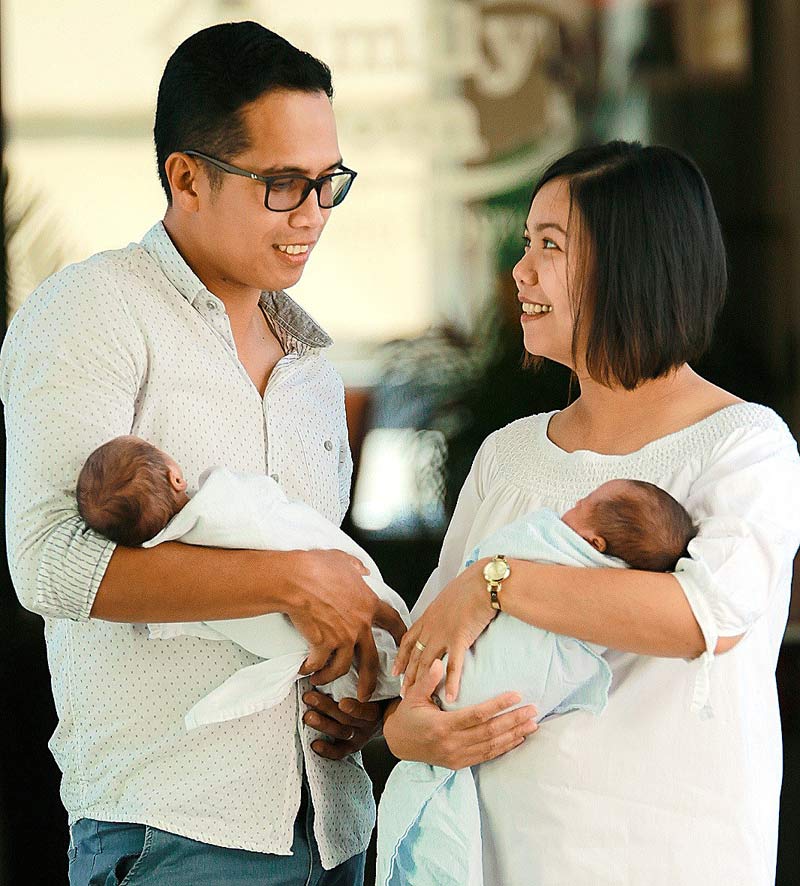 Alvin and Clarissa Bandong with their twin boys Jacob and James.

The CrestClean family continues to grow in Invercargill with the latest arrival of two gorgeous bundles of joy for local franchisees.

Clarissa and Alvin Bandong were blessed with the safe delivery of twins James and Jacob – their arrival coming just a year after another CrestClean couple also celebrated the arrival of twin boys.

CrestClean Invercargill Regional Manager Glenn Cockroft was delighted at the mini baby boom in his area – but said two sets of twins had come as a surprise.

“There has been a number of babies arriving within the Crest Family here in Invercargill over the past couple of years – but it certainly goes against the odds to have two sets of twins arriving.”

The arrival of twin boys was a real “blessing” for Clarissa and Alvin, who are originally from the Philippines.

Clarissa, who is a Nursing Tutor at the Southern Institute of Technology in Invercargill, said she was eight weeks pregnant when the couple received the news that it was twins.

“We were very, very happy,” she added. Jacob was the first to arrive followed a minute later by James. The twins, who weighed 1920gm and 1830gm respectively, were born on March 14.

Alvin and Clarissa are part of a family partnership business with CrestClean. Alvin’s mum and dad, Ting and Rene Bandong, are all part of the successful cleaning franchise.

Clarissa says Invercargill is a great place to raise a family. It also has a high presence of other Filipino families.

“It’s a very close knit community with many Filipinos living here. It’s a very nice place to live, everything is just 10 minutes away, and it’s not too busy and not too quiet.

“Invercargill is a good city to raise a family.”

Just over 12 months ago Invercargill franchisees Ronette and Karlo Velez also saw the safe arrival of their twin boys Kylar and Kyrus.

Glenn said CrestClean franchisees are very supportive of each other.

“One of the great things about having a close family relationship with the franchisees here is that as Clarissa got closer to her delivery time, a number of the other franchisees were happy to step up and cover for Alvin and Clarissa’s contracts.

Although Alvin is now back at work, Glenn is marking the calendar for when